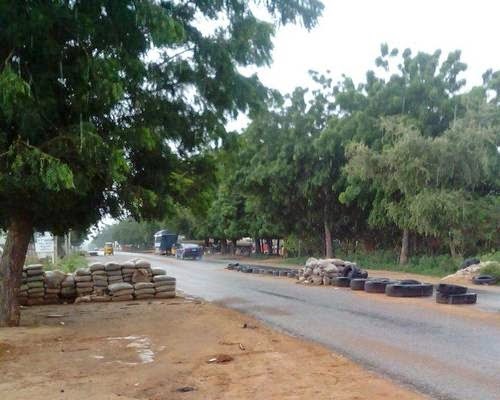 Boko Haram gunmen killed 68 people, including many children, in a massacre in the northeast Nigeria village of Njaba, two witnesses and two vigilantes told AFP Thursday.

Heavily armed militants stormed the village in Borno state on Tuesday “from all directions”, said Falmata Bisika, 62, who escaped to the state capital Maiduguri where she spoke to reporters.

“The terrorists were armed to the teeth,” she said, recounting the insurgents’ rampage through Njaba, which saw them fire on fleeing residents, including “teenagers and the elderly”.

“It is very unlikely (that) I will ever go back,” she said. “Four of my grandchildren have been killed.”

Mimuni Haruna, 42, said he hid in a silo at the back of his house during the prolonged attack before running to Maiduguri, roughly 50 kilometres (31 miles) north of Njaba.

“I participated in the counting of dead bodies. Sixty-eight people were killed,” Haruna said. “Most of the houses in our village have been destroyed.”

“The victims included boys and girls between the ages of 13 and 19 and other older residents who were either shot dead or slaughtered,” he said.

Another vigilante whose is from Njaba confirmed the attack and said his father was among those killed.

Requesting anonymity, he said he believed the assault was launched from Gwoza, where Boko Haram is believed to be amassing fighters.

Gwoza is also the Borno town where Boko Haram leader Abubakar Shekau first proclaimed the existence of a caliphate inside Nigeria.