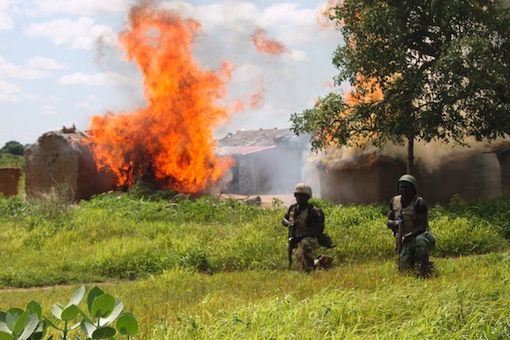 According to him, during the offensive operations the fleeing terrorists left underground silos.

The Army Public Relations chief said during the raids, quite a number of the terrorists were killed, a Landrover vehicle and a Tipper were recovered.

The troops, he added, also rescued 59 civilians that were held captive by the terrorists and cleared the camps.