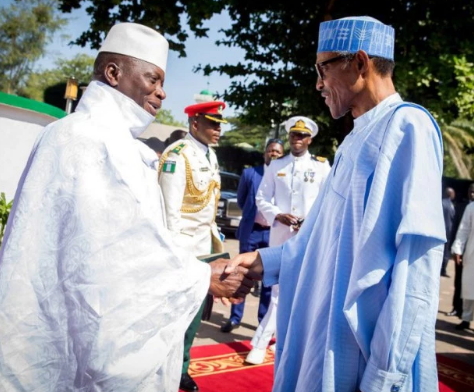 January 9, 2017 – Nigerians In Gambia For Evacuation As Bloodshed Looms Over Jammeh’s Refusal To Step Down

The Senior Special Assistant to President Muhammadu Buhari on Foreign Affairs and Diaspora, Abike Dabiri-Erewa, has disclosed that the Federal Government of Nigeria is on standby to evacuate its citizens in The Gambia due to looming bloodshed.

Tension is building up in The Gambia following the refusal of President Yahya Jammeh to step down after losing the presidential election.

Supporters of Adama Barrow, the winner of the election have vowed to swear him in on January 19 when Jammeh’s tenure will elapse.

The Nigerian president Muhammadu Buhari is currently meeting with leaders of the Economic Community of West African States (ECOWAS) over the situation in The Gambia.

Responding to a Twitter user’s question on Monday, Dabiri-Erewa said Nigeria was prepared to relocate its citizens.

Continue Reading
You may also like...
Related Topics:evacuation, nigerians in gambia