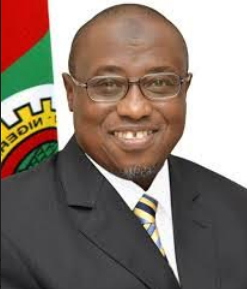 I often sit down to wonder the kind of country we are. I’ve often heard my parents lament on how Ghanaians that was sent away by Nigeria has overtaken her and become a tree under whose canopy Nigerians find shelter. I’ve always wondered why my country keep moving in circles even after so many reforms and developmental projects. I wonder how the founding fathers of the country would have felt if they were to be alive. I’ve always asked myself over and over again what the problem is.

Is the problem with the leaders? We’ve had so many of them ranging from military to civilian! We’ve had leaders from there is still nothing to justify their labour! What then could be wrong? The people? Of course, there are many ‘good’ people in the country. Perhaps I’m wrong. I look at ministries and parastatals and even the constitution, I see a very beautiful framework for an efficient administration.

Why then is our one plus one not equal to two? Even the unborn child knows Nigeria is blessed with tons of Social amenities! But why is a country highly favoured finding it so difficult to thrive? Why is a Fifty Seven year old Nigeria finding it so difficult to crawl talk less of walk? This country is expected to always be on a front row among countries, why then is she contending for a seat on the back benches?

In my quest for answers, I got an insightful letter that opened my eyes to what is really going on. I thought I knew much but was awestruck at how little I know about my father land. This letter was addressed to the President of Nigeria by Dr. Ibe Kachukwu who happens to be the present Minister of state, petroleum resources, chairman of the NNPC board and immediate past Group Managing Director(G.M.D) of the Nigerian National Petroleum Corporation(N.N.P.C).

In his letter, titled “Matters of insubordination and lack of adherence to due process perpetuated by the GMD NNPC- Dr. Baru”. He exposed the acts of his successor who has been jumping protocols in discharging his responsibilities. He pointed out the reposting and reorganisation done by Dr. Baru who is expected to be responsible to the NNPC board without consultation at all. I quote, “the previous reorganizations and reposting done since Dr. Baru resumed as GMD. I was never given the opportunity before the announcements. This is so, despite being Minister of State of Petroleum and chairman, NNPC board”. He added that appointments to anticipated vacant positions due to retirement of senior workers, which should be subject to the ratification of board was announced by Dr. Baru without consultation to the board.

“He proceeded to announce the appointments without consultation or Board concurrence”. Dr. Ibe also mentioned a legal and procedural requirement that demanded that all contracts above $20m is to be reviewed and approved by the board of the NNPC but the GMD went on with several contracts that costed billions of dollars without review or discussion with the NNPC board. He also mentioned how the GMD failed to honour his meeting invitations on many occasions.

This hit me so hard and I began to imagine why a ministry that is the backbone of the country’s economy should go through such!. The reality then dawned on me that the problem we have is that we try to boycott what is necessary and do things the way we want so as to fulfil our selfish desires. The bureaucratic process may be so stressful and tasking, yet it is necessary for smooth running and transparency in government. We keep calling God to come to our rescue us when the problem is us.

Nigeria is a country that wants to thrive, germinate and be fruitful but unfortunately, she is wrongly placed among thorns and thistles which are chocking her and preventing her from growing. How can we get rid of these thistles and thorns? How can we prevent this country from being chocked to death? How can our father land leave the crawling stage and start walking?

Continue Reading
You may also like...
Related Topics:$25million, gmd, nnpc