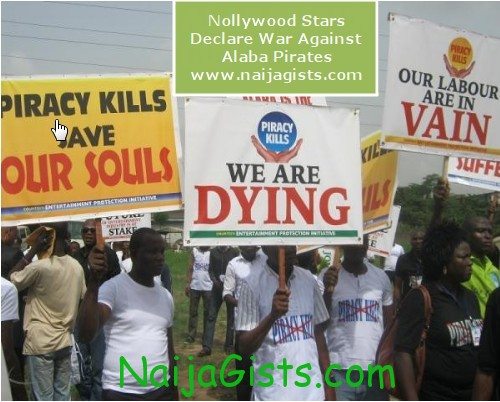 This peaceful protest was staged on Wednesday the 28th of March 2012 at the Lagos State House of Assembly, Alausa, Ikeja, Lagos. naijagists.com

It’s aim is to draw attention to movie piracy issue currently going on in Nigeria especially @ Alaba International Market which is the headquarter of Movie piracy in Nigeria. A Nollywood actor was brutalized by these pirates last month ( Read Ibrahim Chatta Brutalized By Pirates At Alaba).

Below are few of the photos from the protest. 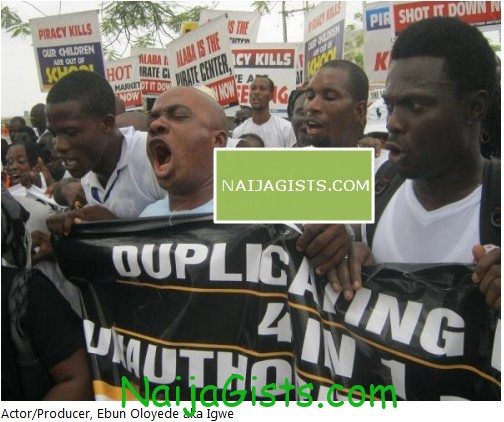 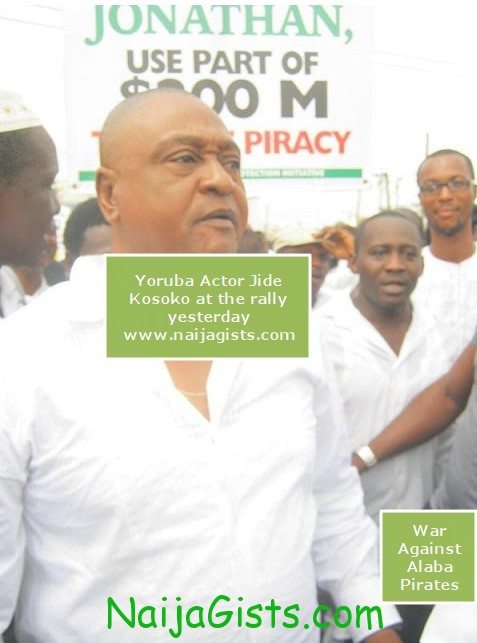 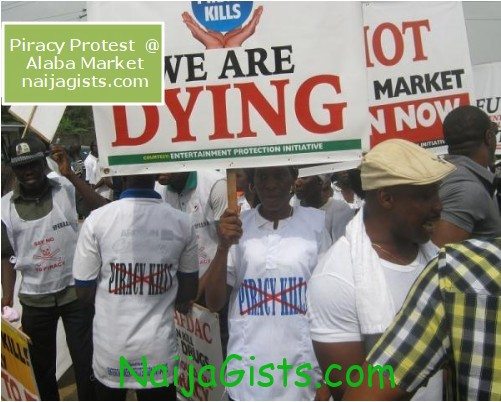 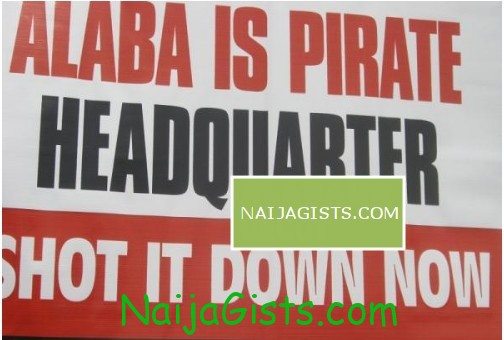 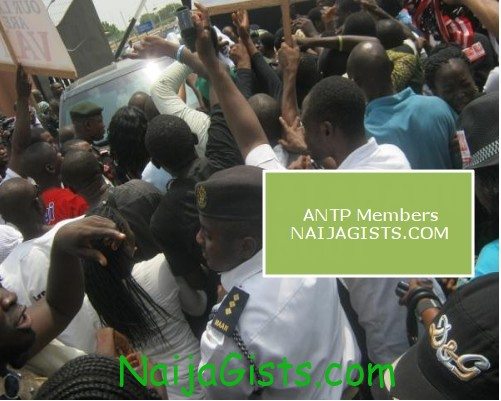 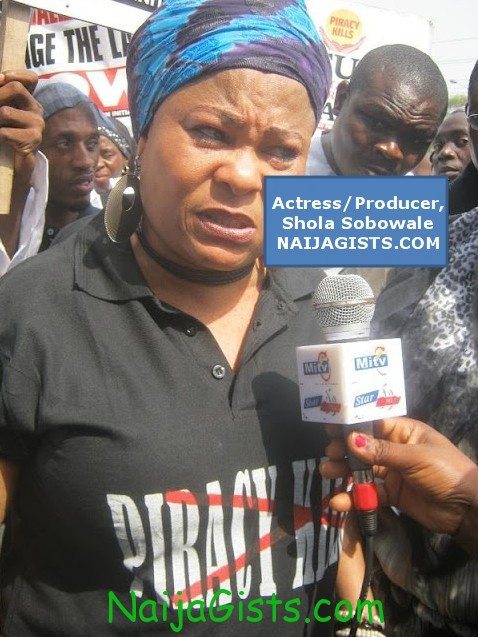 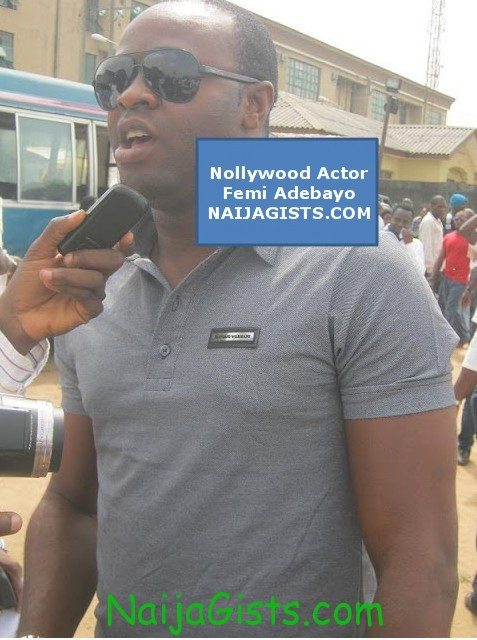 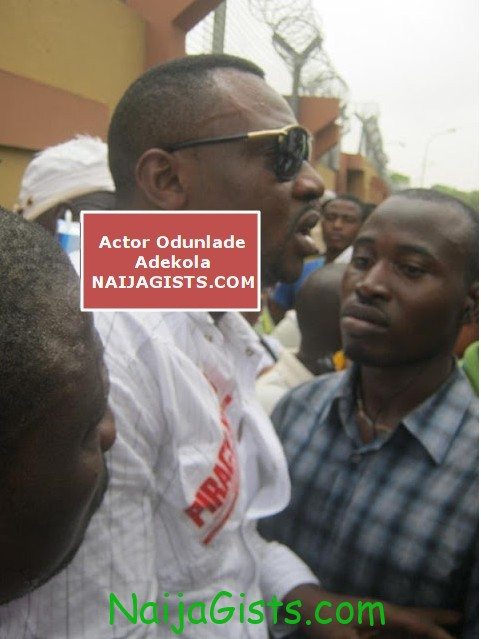 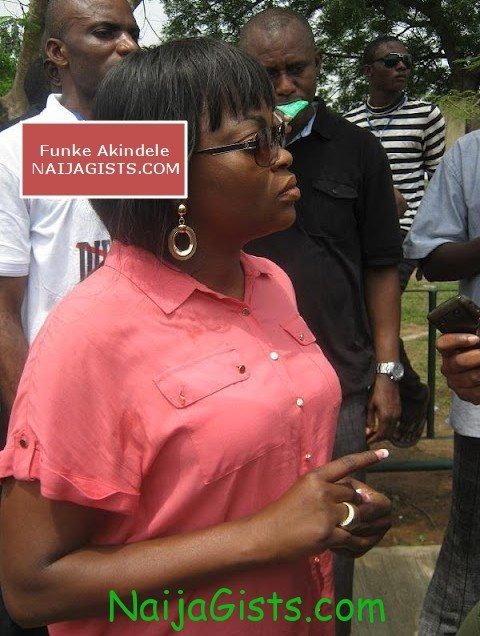