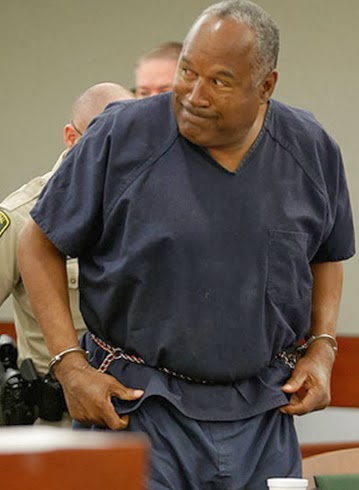 This is coming after the 66-year-old footballer was diagnosed with cancerous brain tumor.

According to National Enquirer, OJ is fully convinced he might die soon due to constant headaches he suffers.

He disclosed to a friend that he might not live long.
‘I feel the end coming. But I don’t want to die in prison like common jailhouse scum.’ – said OJ.

He is due for parole in 3 years time.

Here is what a source told National Enquirer about OJ Simpson’s condition:

“O.J. says his memory is slipping and he gets painful headaches and other symptoms. He put off the doctors for weeks after he first started experiencing the symptoms because he was afraid of what they would find. Now the prison docs are telling him they believe he has a brain tumor. They plan to run a series of tests on him, MRIs and CT scans.”