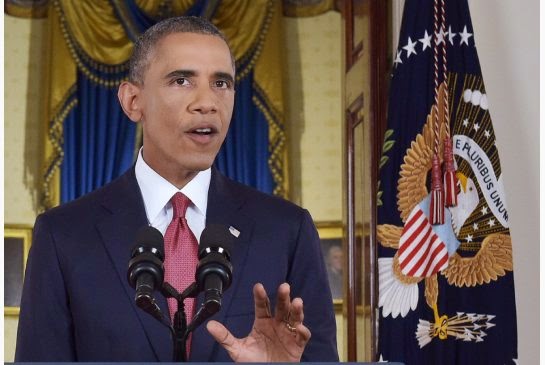 Many TV networks in the United States of America have moved against Obama’s latest plan to offer work permits to over 5 million undocumented immigrants in the country in order to protect them from deportation.

In this latest offer, all non-citizens living in the country for more than 5 years with children who are US citizens and legal permanent resident can now apply for 3-year work authorization.

President Obama also plans to give young immigrants who arrive the US before age 16 work permits.

CBS, ABC and NBC network owners are not happy about Obama’s latest move to free the deportation-bound immigrants. The networks have decided to not broadcast Barack Obama’s prime time speech on Immigration.

CBS News said it would not broadcast the address live, NBC said it would carry the speech only on its news channel MSNBC and ABC across its news digital platforms, not its TV network.

It is now left for the US congress to approve Obama’s offer.