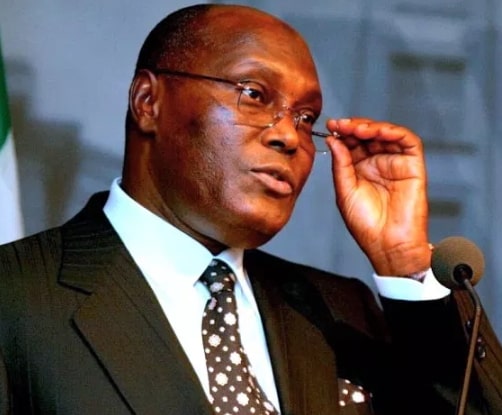 The leading party has described a former president, Olusegun Obasanjo, as a hypocrite and self-serving for allegedly putting pressure on the United States authorities to lift a visa ban on Atiku Abubakar.

Mr Abubakar is the presidential candidate of the opposition Peoples Democratic Party (PDP).

The ruling party said this in a statement by its spokesperson, Yekini Nabena, on Friday.

The APC said it has credible reports that Mr Obasanjo made moves to secure United States entry visa for Mr Abubakar.

“It is learnt that the former president who during and after leaving office insisted on Atiku’s unsuitability to govern Nigeria based on his knowledge of the latter’s extensive corrupt practices while he served as Vice President, is lobbying US authorities to withdraw the ban reportedly placed on Atiku from entering the United States following a 2005 $500,000 bribery scandal that involved Atiku, his fourth wife, Jennifer and former United States Congressman, William Jefferson.

This is coming a day after Mr Obasanjo endorsed Mr Abubakar for president, making a U-turn from his previous stand.

Mr Obasanjo for a long time was not in good terms with his former vice president, a fact he reiterated in an interview with PREMIUM TIMES in August.

“How can I be on the same side with Atiku? To do what?”

“If I support Atiku for anything, God will not forgive me. If I do not know, yes. But once I know, Atiku can never enjoy my support” he said.

Mr Obasanjo, however, endorsed Mr Abubakar for president on Thursday after mediation efforts by clerics and elderly politicians.

Continue Reading
You may also like...
Related Topics:Atiku, ban, us

Why Atiku Is Not Qualified To Become The Next President Of Nigeria
Buhari Begins Damage Control Months To Reelection, Sends Delegates To Leah Sharibu Family 8 Months After Abduction