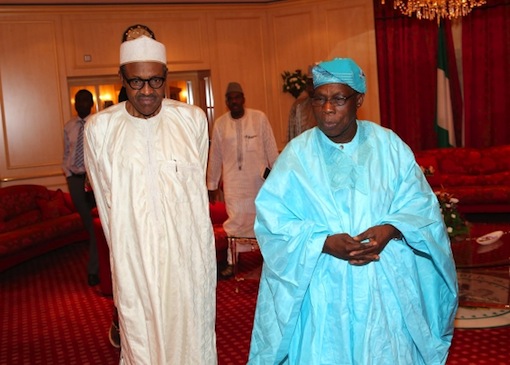 Ex President Goodluck Jonathan met secretly with President Muhammad Buhari on Thursday night, with corruption at the center of their discussion, two Presidency sources have disclosed.

Our sources disclosed that the meeting between President and the man he unseated in the March 28, 2015 presidential poll lasted from 9-10 p.m. Nigerian time.

Our sources stated that they understood that former President Jonathan did not seek any explicit overtures from President Buhari, adding that they suspect that Mr. Jonathan was at the Presidential Villa to check Mr. Buhari’s temperament regarding the growing probe of sectors of the former president’s administration.

One source stated that President Buhari and Mr. Jonathan parted on an “amicable note,” with both men chatting and laughing.

The meeting was kept secret, hidden from the media. 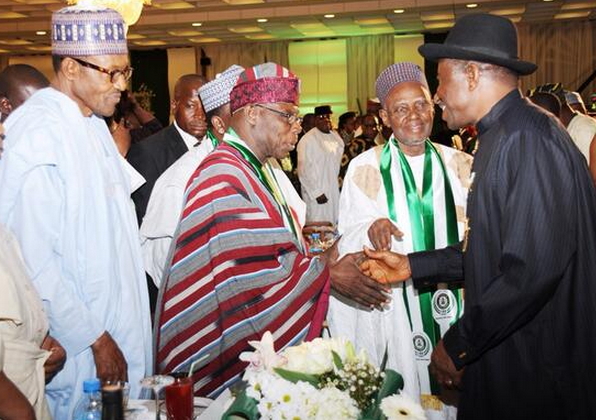 Less than 24 hours after the meeting, former President Olusegun Obasanio also requested to meet with President Buhari. One source revealed that, at a Friday meeting with President Buhari, Mr. Obasanjo urged the new president to act boldly and courageously on corruption. According to the source, Mr. Obasanjo specifically told the president to be open to sending former President Jonathan to prison on account of his involvement in corrupt activities.

Unlike the meeting between President Buhari and his immediate predecessor, the meeting with Mr. Obasanjo was in the full glare of the media. However, neither Mr. Obasanjo nor the president offered an official account of the subject or substance of their meeting which was held behind close doors.