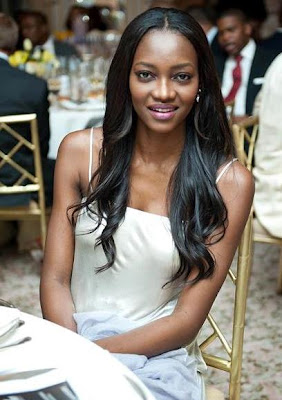 3 weeks after Nigerian international model, Oluchi Onweagba-Orlandi launched a series of attacks on Twitter and called her fellow Africans animals, she, on Friday 8 November, re-enacted her saucy side as she insulted a group of journalists who were at the premiere of her new show, Africa’s Next Top Model.

Oluchi, who was the chief hostess at the weekend event held at Pravada Lounge on Victoria Island, Lagos, created an ugly drama as she snubbed the media reps who had asked to be treated well after being made to stand while others were on their seats during the delayed press conference. 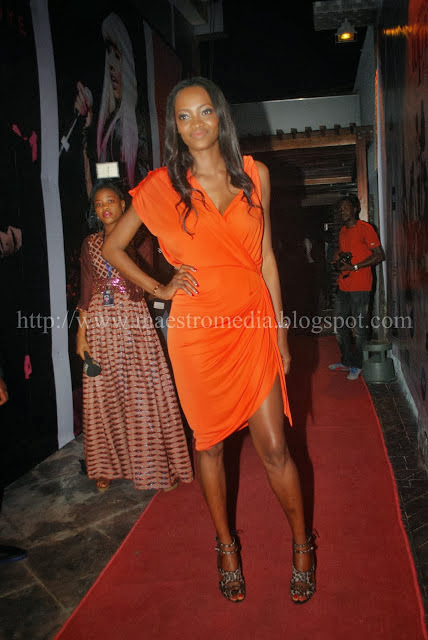 P.M.NEWS Showbiz Trends gathered that the whole drama started after the model, who came far late into the event, caused the organisers to move the earlier scheduled media briefing into the noisy main hall of the night club.
And of course, the journalists were not comfortable with the arrangement considering the boisterous crowd and noise.

After about three questions and her impolite responses, the newsmen stopped asking questions.
Oluchi sensed their coldness and then asked if there were further questions, to which one of the journalists expressed disgust over the humiliation they had been subjected to.

Rather than apologise, Oluchi angrily muttered:
“I am only here to party and not to be answering questions.”

And she walked away leaving the angry journalists in the middle of the club.

When the organisers went to confer with her, she remained adamant.
Even when the whole scenario was reported to the publisher of a fashion and lifestyle magazine, and our correspondent was invited to iron out the matter, Oluchi threw caution to the winds when she told the reporter, “Don’t touch me please,” when she was about to be stopped from walking away for the second time.

“Oluchi should be world class…she should be able to control herself in public no matter how upset she is. It’s called anger management,” said a concerned guest who observed the drama at the event.
P.M.NEWS Showbiz Trends learnt that Oluchi has a record of bad temperament and is said to be hostile to journalists.

That was what manifested when she threw caution to the winds with her recent outburst on Twitter. Her series on Twitter read:

“I am disgusted. DISGUSTED by human behaviour…Africans be like “no funds no meetings”… MONEY is not the root of evil. “Greedy Humans” are the root of evil… Hopefully I won’t throw up soon. Bunch of inconsiderate animals!!!!…They know price tag of everything and the VALUE of nothing!!!…Incompetent idiots. Ugly souls. Monsters in human forms!…They won’t let me enjoy my beauty sleep!”

And she got a lot of bashing for her coarse tweets.

One Akindele wrote then:

“This girl is just a fool…so because you marry Oyibo now, folks back home are now ‘Africans’? Shame, a Nigerian should be propagating this sort of ignorance.Can’t she just say ‘These guys’ or even be specific? But she would rather tag all Africans, feeding into stereotypes of racists around her. Nonsense, is Africa one country? How many Africans have she met? Village girl made into Face of Africa.”