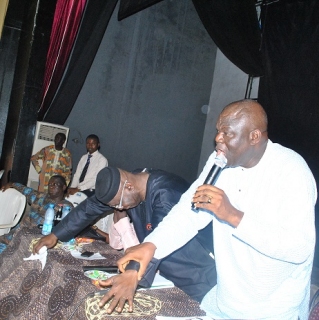 jThe protests drove Mr. Akinyelure to tears as he explained that his vote was misunderstood and also apologized to his constituents.

Among the protesters were elderly women, widows and clergymen. Many of the demonstrators were teenagers who chanted angry slogans and urged voters in the state to register displeasure with what they termed the “barbaric attitude” of Nigerian senators who endorsed the idea of marrying off teenage girls.

Policemen in Akure battled it out with the protesters when some thugs reportedly hijacked the protest by barricading the Adegbemile Cultural Center, the venue of the town hall meeting. A visibly angry leader of the thugs threatened to deal with Senator Akinyelure. “We will smash his vehicle and give him the beating of his life for voting and supporting the bill,” he said.

Several sources stated that the thugs rough-handled some government officials and members of the Ondo State legislature. However, the police stepped in to restore calm.

After a strenuous effort by the police to quell the chaos at the venue, Mr. Akinyelure managed to enter the hall. Popularly called “All Over,” the senator appeared rattled by the demonstrations against him. In a quivering voice, he stated that his stance on the issue of child marriage was widely misunderstood. Denying that he ever supported under-age marriage, the senator explained that he voted out of error.

“My voting ‘No’ was in clear error of misinterpretation and I had no opportunity to correct what is deemed to be my error now, because voting was done electronically. If voting were to be done by show of hands, I would have been able to correct my error before the voting was concluded by the Senate,” said the embattled senator.

Mr. Akinyelure clarified that the vote was specifically on the process for renunciation of citizenship and not child marriage, emphasizing that as a true Yoruba man he would not have intentionally voted in support of child marriage.

He said the question before the Senate for which he voted in favor was whether a married woman could be deemed to be of full age to renounce her Nigerian citizenship and not whether a female can enter into marriage before attaining the age of 18 years.

“This is quite different from voting in favor of under-age marriage as widely reported in the media. And [in order] to avoid possible religious crises and security challenges that may likely result from deleting this clause in question from the constitution, I voted for the clause to remain,” he explained.

The tearful senator denied ever collecting a bribe from any of his colleagues to vote as he did. The allegation had been widely reported on social media.

Fielding questions, Mr. Akinyelure said his constituents had been mounting pressure on him over reports of his purported involvement in a scheme to legalize child marriage. He assured the people of his effective representation at all times.

“I can never in my life support under-age marriage bill. I will do what is humanly possible at my disposal to ensure that it is removed from the constitution,” he added.

Last weekend, protesters staged massive protests in different parts of Nigeria to condemn the Senate’s passage of a resolution to retain Section 29 (4) (b) of the 1999 Constitution. Under the section, a married underage girl is deemed to be an adult for the purposes of renouncing her Nigerian citizenship.

More photos from the protest below 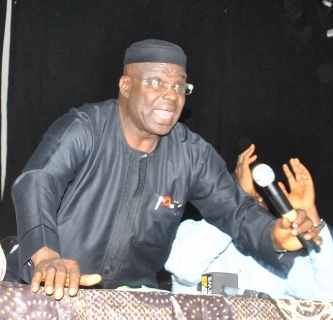 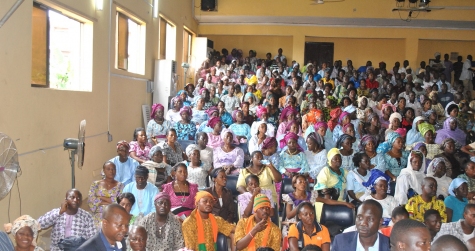 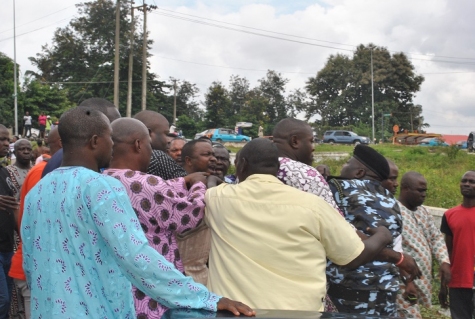