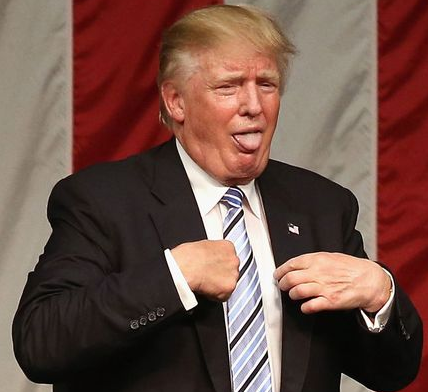 A columnist with The New York Times, Maureen Dowd has painted a portrait of Donald Trump’s first week in office as Eddie Iroh puts it on his Facebook page, “has ringing echoes of Adolf Hitler. And it is all happening before our very eyes!” Below is the article titled Wild Child Takes Charge as published by New York Times.

So now we’re getting the crazy straight up. The Doomsday Clock is ticking faster, the resistance is growing, and teetotaler Donald Trump already seems drunk with power.

He’s got the role of his life and he’s casting his show: Steve Bannon is his Roy Cohn, the combative hammer and agitprop genius; Theresa May is Maggie to his Ronnie; Ivanka and Jared are his consiglieri, family to help him figure out who stays and who gets iced; Vladimir Putin echoes the role of Trump’s dad, Fred, who was supremely aggressive and calculating, cool where Donald was hot, someone who believed the world was divided into killers and losers. (But in Putin’s case, it’s literal.)

But with President Trump, it’s all right out there — the tantrums, the delusions, the deceptions, the self-doubts and overcompensation.

Those who go into the Oval Office with chips on their shoulders and deep wells of insecurity, like Nixon, W. and Donald Trump, are not going to suddenly glow with self-assurance. The White House tends to bring out paranoia and insecurity.

Still, it was stunning how fast it got weird. To Trump biographer Tim O’Brien, the new president conjured the image of “a guy on a pogo stick in the Rose Garden bouncing around with a TV remote control in his hand trying to decide what to respond to in the next 30 seconds on Twitter.”

The White House “is distilling Donald to his essence,” says another biographer, Michael D’Antonio. “If he could have commanded the attention of the world media every day of his life in the past he would have. The fact that the press corps is captive in the White House and can be dragged into these executive order signings is, for him, like mainlining heroin.

“He has hit his stride and is thrilled with this. The only thing that torments him is the disapproval of The New York Times. Every story that is critical of him hurts.”

The former reality star who now denies reality rode the resentment of the aggrieved white working class to the Oval Office and bashes the press but, as D’Antonio says, “he wants the elites’ approval and is always enraged when he doesn’t get it.”

Instead of basking in the most unlikely victory in modern history, President Trump spiraled into a bizarre, Freudian obsession about whether the crowd on the Mall for his inaugural speech was as big as President Obama’s in 2009.

When the National Park Service retweeted a picture comparing the crowds of the two presidents, showing unoccupied swaths at Trump’s, the Trump administration punished the trolling resisters at the park service by shutting down their Twitter account for the night.

On Saturday, the skyscraper czar who pledged to do big things used his first full day as president to again go small. According to The Washington Post, Trump called the acting director of the park service to berate him about the retweet and order him to provide different photos that depicted the crowd that churned through the windmills of his mind.

Then President Trump went to the C.I.A. and, instead of apologizing for comparing the intelligence community to Nazi Germany, continued to whinge about the “dishonest” media’s coverage of his crowd size.

Later in the day, agitated by that and by the remarkable swell of women’s marches with their pink-hat contempt for him — around the world and outside his window — President Trump brushed off the advisers trying to calm him down and sent Sean Spicer rushing out to hotly confront the press and offer his now infamous alternative facts.

The 70-year-old 7-year-old disapproved of Spicer’s erratic delivery and ill-fitting light-colored suit. The Post reported that Trump didn’t think Spicer was fiery enough as he delivered his defense of Trumpworld, a place where the high chair king’s ego takes primacy over actual facts. The new president doesn’t care about weakening democracy if his delicate ego needs to assert the easily disproved: that he would have won the popular vote if there weren’t massive voter fraud.

Now the president is home alone, signing executive orders banning all Syrians in the middle of their devastating war and others from Muslim countries in a document that will come to be seen as a stain on our country and will only serve as a recruiting tool for jihadis. This, while he’s telling The Times’ Maggie Haberman that he loves the “beautiful phones” in the White House and has limited TV time in the morning because his meetings start at 9.

“He is really a unique creature,” D’Antonio says. “He’s transfixing, riveting, really. It’s hard to take your eyes off him.”

I ask the biographer if he’s as nervous as everyone else, and he says yes.

“Donald’s manic without being depressive,” he muses. “The only thing you can do is keep him distracted for a day and then one more day so that he doesn’t do anything disastrous.”

Just like Obama and May, D’Antonio says, “a lot of people over the years have tried to mollify him and accommodate him day by day. And eventually you get a year behind you. Everybody else wants stability, but he thrives in turmoil.” 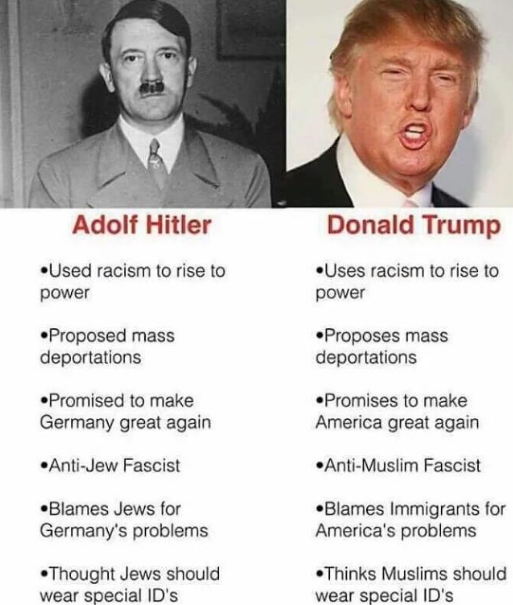 Continue Reading
You may also like...
Related Topics:donald trump, one week in office