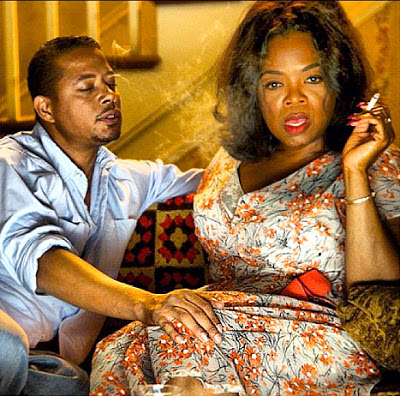 Pictured above is a love scene from The Butler movie where American talk show host, Oprah Winfrey is making out with Hollywood actor Terrence Howard.

The movie will be released in the second quarter of 2013.

Actor Terrence Howard himself admitted she is very good in acting.

Oprah Winfrey is a multi-talented woman. Isn’t she?