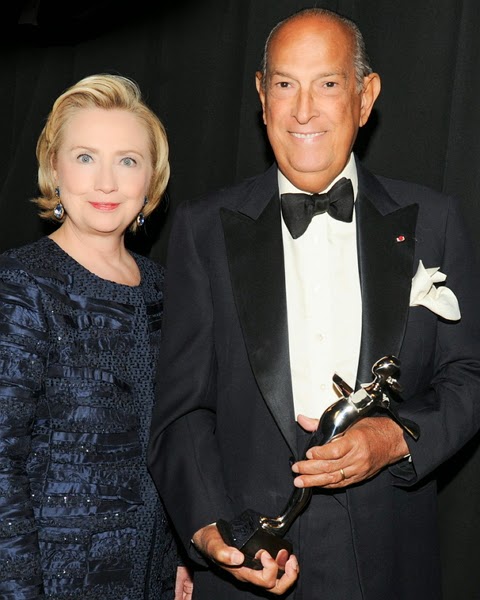 A family member made this known to ABC News few minutes ago.

The legendary designer who got diagnosed with cancer back in 2006 has lost the battle exactly 8 years after.

Oscar De La Renta died today at the age of 82.

He came into limelight in the early 1962 when the then First Lady Jaqueline Kennedy wore his design.

He was born in the Dominican Republic in 1932. He left home to Madrid at age 18 to study Painting.

According to his biography, he later developed a passion for fashion design and began  an apprenticeship with Cristóbal Balenciaga, who became his mentor.

He landed his first job with Lanvin in Paris few years later.