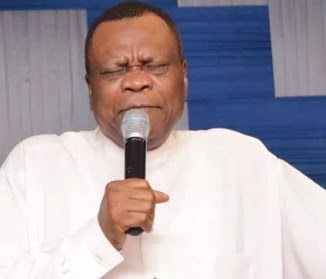 Sunday December 10, 2017 – Pastor Abiara To Christians: You Don’t Need To Know What Your Tithe Is Used For, Leave It To The Servant Of God

Prophet Samuel Abiara, the outgoing General Evangelist of the Christ Apostolic Church worldwide has lent his voice to the viral tithing controversy.

We are going to do exactly what the Bible commands us to do regarding the issue of tithe. There is nothing that any human being will say about it that we will listen to, particularly if such views run contrary to the arrangement of God concerning the issue. There is no logic that can erase what is in the Bible.

We are under obligation to bring 10 per cent of the profit that we make from our business transactions or from the salary we earn. This is contained in the Bible book of Malachi 3:10. The Bible also warns that whoever fails to act accordingly is under a terrible curse. God even challenged us to put him to test and see if he would not open wide the windows of heaven to bring us blessings.

Salary earners should first deduct the tithe before spending anything from their income. It is the only command with a promise for those who obey and a curse for those who disobey. Tithes must be paid directly to the church where one worships. It is wrong of anybody to share his or her tithe to the needy directly. The Bible says it must be brought to the storehouse which is the church.

You don’t need to know what happens to the tithe you pay. Leave it to the servants of God who will use it for evangelism. It is not for you to investigate how the money is utilised. Many people bring problems upon themselves when they feel that they know more than God.

However, it is compulsory for the servants of God to give account of the tithe and other offerings paid by church members to avoid corruption. Proper accountability of incomes accruable to the church will enable the authorities to pay the salaries of pastors and other workers as and when due.

Continue Reading
You may also like...
Related Topics:abiara, pastor, tithing