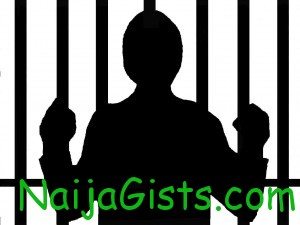 An over-zealous Lagos-based Pastor, Aba Peter, who allegedly went to a palace and attempted to preach and pray to a monarch in Lagos, Southwest Nigeria, has ended up in prison custody. naijagists.com

The 42-year old pastor was held by the monarch’s aides and handed over to the police where he was charged to Ejigbo Magistrate’s Court with attempt to steal and loitering.

Pastor Peter was remanded in prison custody at Kirikiri, Lagos after he was granted bail and he failed to meet the conditions.

The pastor claimed that contrary to what the police at Ejigbo station charged him with he wanted to enter the palace to preach and pray.

He explained that he had not even entered the palace before the Oba’s aides held and accused him of loitering and attempting to steal in the palace.

He was handed over to the police who subsequently charged him to court.

The presiding magistrate, Mrs. M. B. Folami, granted him bail in the sum of N50,000 with two sureties in like sum.

The matter was adjourned, while he was remanded in custody.

We gathered that the pastor usually preaches in the area but was unlucky to have ended up that way on the fateful day.