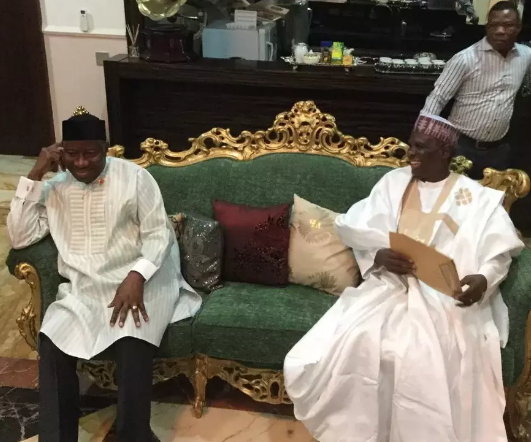 Former President, Dr. Goodluck Jonathan, has commended the efforts of the leadership of the Peoples Democratic Party (PDP) to reposition the political party, saying the move was a sign that the PDP will regain power in 2019.

Speaking when he hosted members of the PDP Strategy Review and Inter Party Affairs Committee yesterday, at his Abuja residence, Jonathan said he was happy with the party’s plans to regain the presidency, emphasising: “This is the only way to strengthen political parties. It is a clear sign that PDP will win in 2019.”

Members of the committee led by its chairman, Professor Jerry Gana, were at the former president’s residence to present him a copy of the committee’s report, which was submitted to the party’s leadership last week.

Jonathan described PDP’s loss of the presidential election in 2015 as a temporary setback, noting that the party would regain the position if it gets its acts right.

“PDP is still the biggest and the strongest party irrespective of what happened in the 2015 general elections. Yes, we lost the presidential election. That doesn’t diminish us. Every other party still know that PDP is a leading party. Losing the presidency is something temporary. We should be able to get that position back as long as we are able to get our acts together,” the former president said.

While lauding the committee for doing a thorough job, he expressed optimism that the report will help in repositioning the party.

However, the former Nigerian leader said one of the major challenges confronting the party was the issue of imposition of candidates.

Jonathan noted that to address this challenge, there was need to introduce direct primaries. While acknowledging that direct primaries has its own peculiarities, he said in a situation where it is impossible to use direct primaries, the number of statutory delegates should be increased. 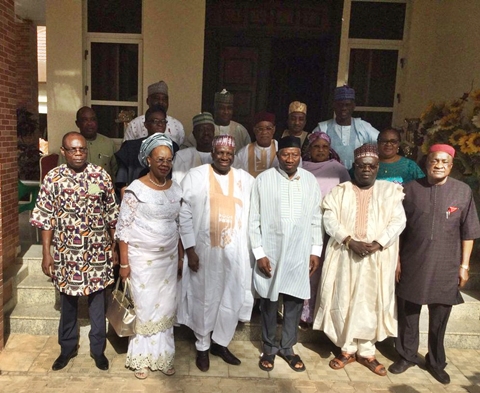 Said he: “Direct primaries is the ultimate. It is the best way of selecting candidates; but the greatest problem is how to manage direct primaries.

“It means if you want to elect president or governor, you cannot bring everybody to one place. It means that voting will take place from ward level or local government level.”

Saying he was happy that PDP was working towards that, Jonathan said: “The best way to stop imposition is to make sure that people don’t control the delegates. If we go by delegate election, it is easiest to manage. How to select delegate is that at least 70 per cent of the delegates should not be under the control of anybody. But if you cannot do direct primaries, let us make sure that we increase the number of statutory delegates – people who have held office in the party at different level, even if it is the level of councillors.”

Jonathan commended the chairman, PDP National Caretaker Committee, Senator Ahmed Makarfi, for putting the committee together, noting that this was the way to strengthen institutions and political parties.