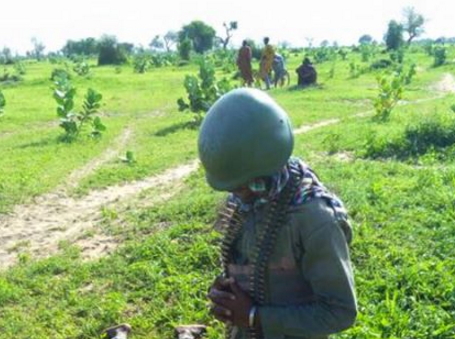 According to military reports, the Cameroonian soldier pictured here was paying his final respect to fellow soldier shot dead by Boko Haram around Lake Chad near Nigeria’s border on Wednesday. 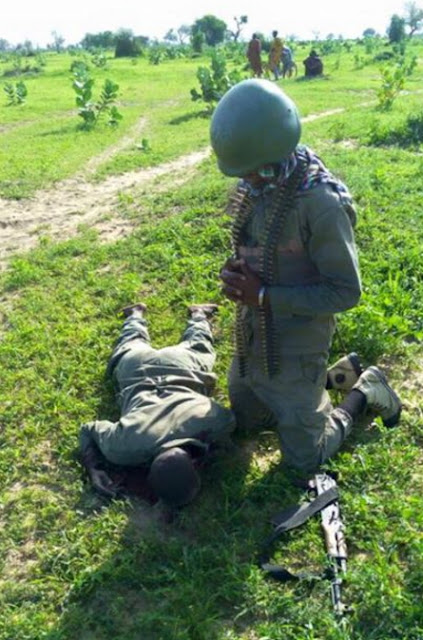 Two Cameroonian soldiers were killed by the insurgents who fled into Nigeria via river yesterday.