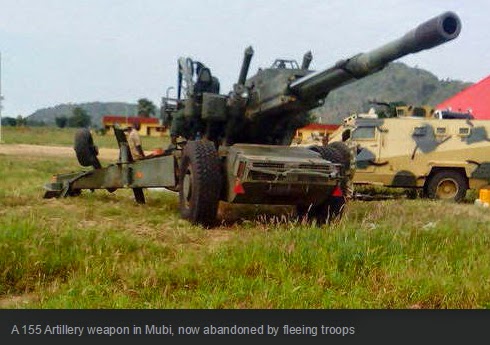 The terrorists unleashed full terror on Mubi town in Adamawa after resisting the initial attempt by the Nigerian troops to stop them.

Sources from Adamawa said the troops initially tried to resist the militants. However, they were forced to flee the city after the insurgents fired several rocket propelled grenades into their barracks and several parts of the town.

As we speak, the town of Mubi in Adamawa state has become a desolate place.

The Nigerian Defence Headquarters has confirmed that an entire battalion of soldiers fled the town of Mubi in Adamawa State on Wednesday.