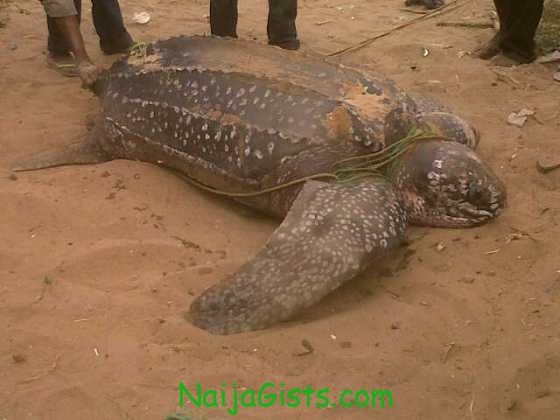 This giant sea turtle was captured recently by a few beach boys at Eleko Beach in  Lagos. naijagists.com

The animal got stucked after being washed ashore by sea waves.

The captors surrounded it, tied it with a rope and it was when they were gauging its eyes out (to prevent it from escaping because my sis said the animal really fought its captors)

This look like a sea monster.  See more pictures below 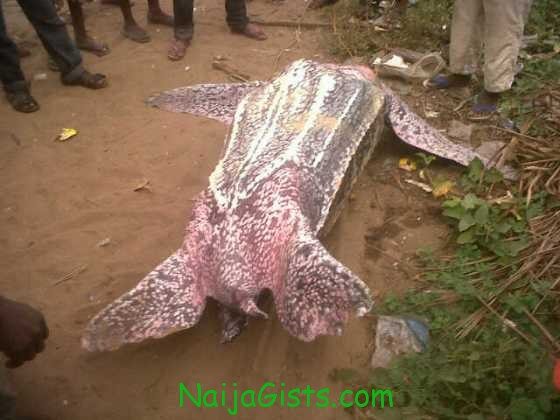 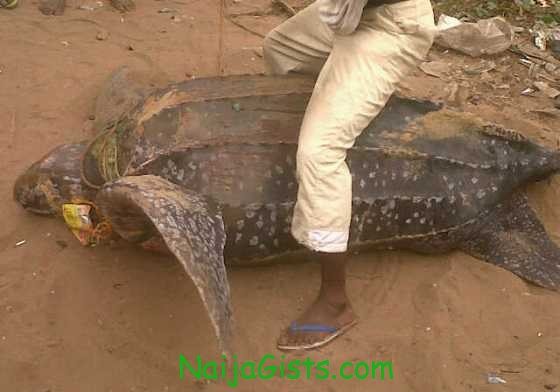