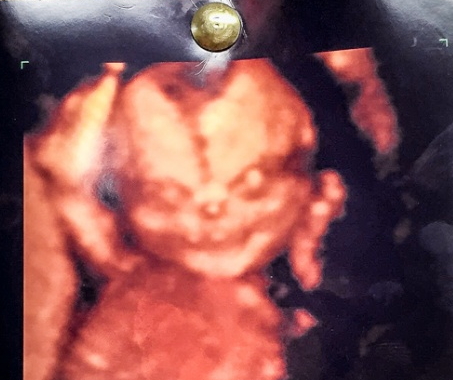 A man and his pregnant wife went to a Gynecologist office last week for a detailed ultrasound of their unborn baby but they were shocked by what they saw outside the doctor’s office.

They saw the above picture of a creature that they described as a “demon”.

The encounter forced them to change their mind about 4D ultrasound.

A 3D ultrasound is more detailed that traditional ultrasounds because they create a three dimensional image of the fetus. A 4D ultrasound goes one step further by creating a video of the 3D image. But many of the responses by couples seemed more concerned about about the image than the technology that created it.

A medical doctor will likely interpret the above photo differently.