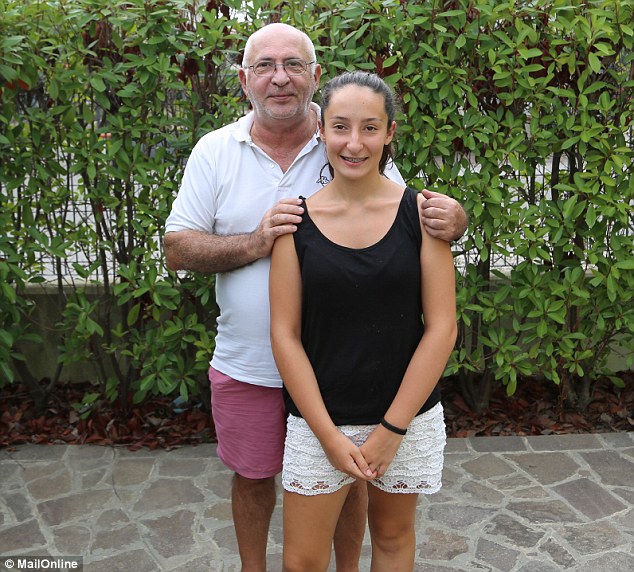 14 year old Elisa Bellandi has come to terms with the knowledge that not only was she a ‘mistake’ baby, conceived when her mother had already passed 40, but that she survived both a miscarriage and a failed abortion.

In a case that has shocked Italy, her parents are suing the hospital claiming that a botched operation caused ‘psychological trauma’ to Elisa’s mother and father.

Giuseppe and Aurora Bellandi, who live in the Italian beach town of Rimini with Elisa, are demanding £700,000 (€1m) in compensation for not just the psychological trauma of having a second child, but also the material deprivation it caused to their lifestyle.

Elisa, incredibly supports their decision to sue and insists she has always felt ‘loved’.

The failed abortion took place in 2000 after the couple, who already had a grown-up son, unexpectedly discovered that they were expecting a baby. 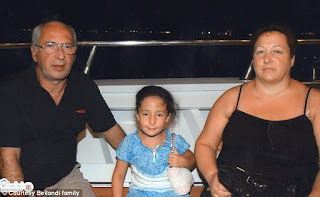 The Bellandis were told it was medically necessary to save the life of Aurora, already 43. They also felt that they could simply not afford another child.

With grim acceptance, they agreed to the termination. But, by the time they discovered it had failed, it was too late to repeat the procedure under Italian law, which forbids abortion after 21 weeks

The pregnancy and birth were problematic and the couple successfully sued the doctors responsible for ‘physical harm to the mother’ and received £85,000 (€120,000) in damages in 2008.

Seven years later, the couple, who claim they are still struggling financially as a result of Elisa’s birth, are taking a hospital in Alessandria, in the mountainous northern region of Piedmont, to Italy’s highest court.

The Bellandis argue the hospital is responsible for Elisa’s birth and should pay for her upbringing.

‘The doctors brought her into the world. They should provide for her study and indispensable needs until she is 18. It’s her right’, her father Giuseppe told MailOnline. ‘I don’t want money for myself. I want money for her. You can’t have a child and not want to give them everything. You have to.’

Giuseppe dismisses those who would criticise the family saying that millions of couples have had an unwanted or unexpected child and have striven to provide for them without resorting to legal action.

He added: ‘I am not trying to become a millionaire. I just want enough for my daughter to be able to study. In Italy the children have to take on their parents’ debts when they die. I don’t want that for her.’