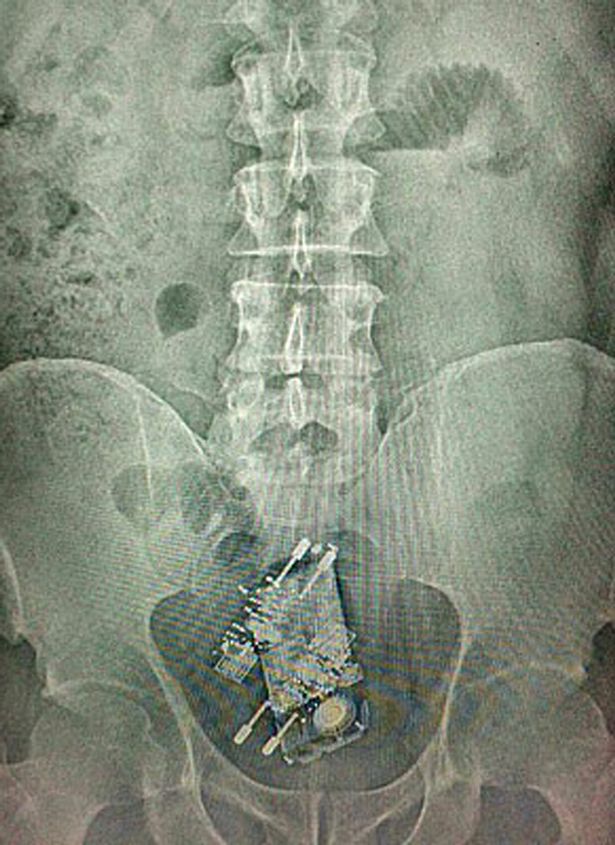 Oct 14, 2015 – Pictures: Inmate Swallows Cell Phone & Chargers While Trying To Smuggle Them Into Jail In Brazil

The unidentified convict swallowed a cell phone and 2 chargers in a crazy attempt to take them in after a day release at Papuda Prison.

He has now been charged for his new crime.