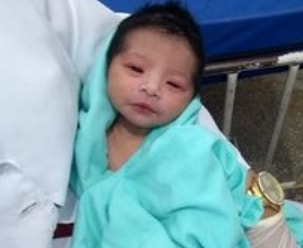 Despite her traumatic start to life, a baby girl has conquered all odd in Brazil.

In an incredible footage making rounds online, two policemen were seen pulling the baby from her grave hours after her grandmother who thought she had died buried her at the family backyard in Canarana, Brazil.

The baby hit her head on the ground after her 15-year-old mother suddenly went into labour in the bathroom.

Sadly when the baby hit her head on the ground and lost consciousness.

The teenager later called her mother for help and when the baby refused to cry, she thought she had died. 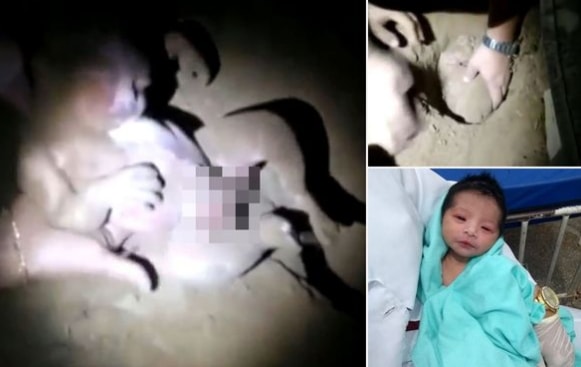 She dug out a shallow grave in the family background and buried her.

Hours later, officers who had received an anonymous tip off on the death of the newborn later invaded their home and dug out the newborn only to discover that she was buried alive.

Her grandmother, 57-year-old Kutz Amin has been arrested. 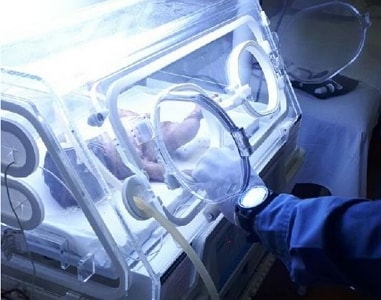