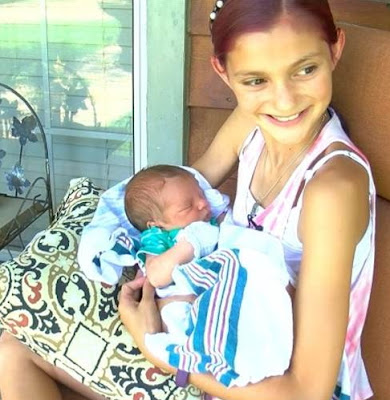 June 11, 2017 – Pictures: 12 Year Old Girl Who Delivered Her Baby Brother In Mississippi Yet To Get Over The Experience

A 12-year-old girl in Mississippi, USA, had a rare bonding experience with her new baby brother – delivering him herself. Jacee Dellapena was upset during her mother’s labour because, she said, she was too short to see her brother born.

So the doctor suggested she suit up and take part – delivering her baby brother under the doctor’s supervision, and even cutting the umbilical cord.

She later told US media:

“I was nervous I was going to mess up… but it was the best moment of my life.”

“I started crying because I thought I wasn’t going to get to see him be born, because I was too short,” Jacee told WBTV

“He let me actually push down and pull the baby out… I was like, wow, like I’ve played fake doctor before, but this is, like, the real thing, this is the real deal,” she said.

Mother Dede Carraway said the emotions on her daughter’s face brought her to tears. 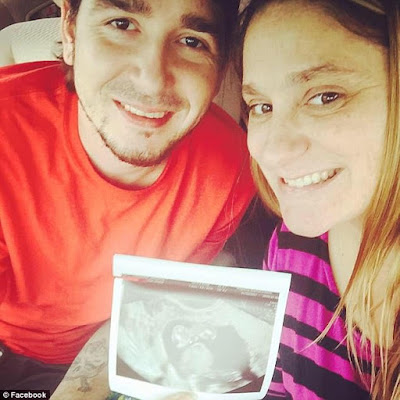 “It was just a good moment for me,” she said.

Family friend Nikki Smith shared the photos of Jaycee’s emotional experience on Facebook, where they were shared more than 170,000 times.

Some Facebook comments questioned the doctor’s decision, or suggested Jacee may have been distressed, despite the teen’s own words about the experience.

“This beautiful moment will always be remembered by both her mother and herself,” Nikki said in response.

“There is absolutely nothing wrong with allowing her daughter to witness this beautiful moment. It’s not for everyone but Jacee was a rock star and helped deliver a newborn!”

The increasing popularity of having siblings attend the delivery room became a subject of debate last year, when TV chef Jamie Oliver revealed his two eldest daughters had watched his new son be born.