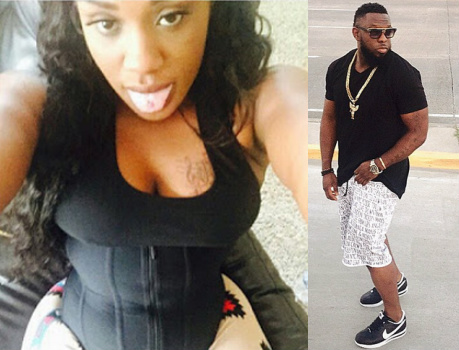 According to a report that went viral few days ago, Timaya reportedly had consensual sex with a lady called Shella who promised to give her all round sex whenever he comes to Atlanta.

The singer agreed to the offer and enjoyed himself at a hotel in Atlanta Georgia before trouble started.

The lady who secretly snapped intimate bedroom photos of the singer later demanded for fifty thousands American dollar in order to delete the photos.

A fight soon ensued in the hotel room when Timaya struggled to delete the photos from Sheila’s phone.

Sheila later took to the internet to share photos of herself and Timaya and accused him of rape.

The singer has denied the rape allegation. In an exclusive media statement released few hours ago,  Timaya said the sex was consensual.

I have been talking with this girl for about one year and its funny how someone you think you know can act very hungry and low. How can I leave Nigeria and go to America where the law works to rape anyone? Am I crazy?

This girl who had been promising to blow out my brains with sex when she sees me begged to see me when she knew i was in town but i didnt know that she had a hidden agenda. I agreed to see her and she came to my hotel in Atlanta and we got down for real. When we were done and we were chilling, I got a call from my manager that we needed to start preparing for a show.She asked to go with me to the show as a couple but i said no and told her I was there to work.

I got up and started preparing for the show but I realised her phone wouldn’t leave my face and she kept asking me stupid questions and even as I answered I wondered what she was up to, then it hit me that she was recording and I grabbed her phone and we struggled cos I wanted to delete the videos she had made without my consent. I don’t even know if she still has any but I deleted the ones I could on her phone . 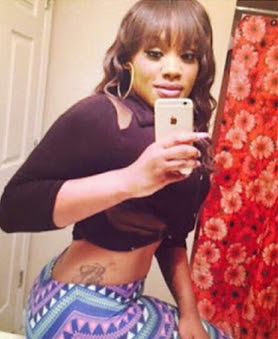 I called the hotel security and explained what had happened to them. I told them to open her phone so that I could see what she had left but she refused and was making a scene and the hotel told her to get out but I didn’t want her to go cos I was scared of what she might have recorded and I insisted on calling the Police but the hotel told me that if I called the police, I might be arrested for holding her hostage in my room so I let her go.

After then she kept calling me and she kept changing her story telling me that I raped her. I tried to play it cool by begging her not to to take the route she had taken, I really begged her but she told me I had to pay her 50k dollars for her to forget about it, she obviously didn’t record that part because she had ulterior motives. After her demand for me to pay her, I stopped calling her or taking her calls and i changed my number and she i guess she got frustrated and went on the internet to try and do damage.

I Timaya cannot be a rapist..NEVER. I have daughters and I have a conscience. I can never be a voice that rapes and if i am so pressed for sex,i know how to get it,I will never take sex when a girl says NO. I am a young man that is doing very well and i guess she had expectations that i didnt meet up to and she decided to use rape because she knows that’s the fastest way to bring anyone down.

I wonder why she also went to open another instagram when her real handle is @officialshella_b Since she called me out using my name and pic and if she wasnt lying she could have done same and provided proof of some sort of injuries gotten from any physical altercation. She carefully used the conversation I was begging her not to ruin my career cos I was trying to play it down.

Sheila who goes by the name of Chi Queenett is a recording artist based in Dunwoody, Atlanta.

See how lack of control is about to ruin Timaya’s career.

What if police had arrested him in Atlanta???

This is a man who welcomed another baby with his only baby mama in Nigeria few months ago.