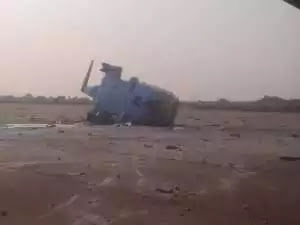 The Presidential jet Buhari gave to the Air force a while back has crashed.

Augusta AW101 crashed yesterday at a military base in Makurdi exactly two months after Buhari handed it over to the military.

The aircraft which costs $21million was one of the planes given to the Air Force by the presidency in August.

A military official who confirmed the crash yesterday said there was no casualty involved. 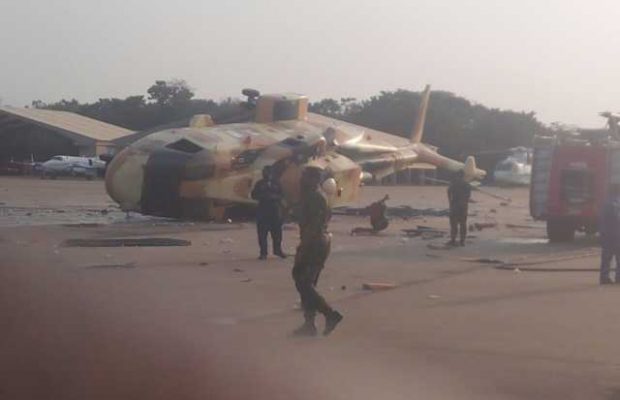 The flight engineer was parking the jet in the hanger when it suddenly moved up and then crashed.

The source added that the engineer only sustained minor injury.