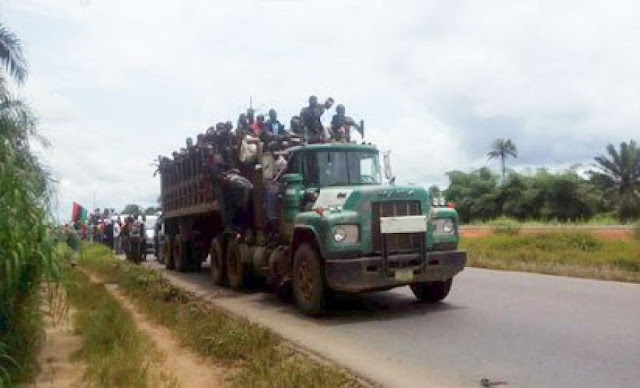 Over 500 IPOB members from different south-East states are heading to the home of their leader, Nnamdi Kanu in Umuahia, following the alleged invasion of his home.

According to the Herald, the IPOB supporters who are seen in tippers, buses, and other cars showed up in protection of Kanu, whose home in Afaraukwu was surrounded by the Nigerian Army barely 48 hours after the clash between Army and IPOB members on Sunday evening which left three people injured.

Tension returned in the state after the soldiers returned with about 10 Armored carrier vehicles and seven Hilux vans. 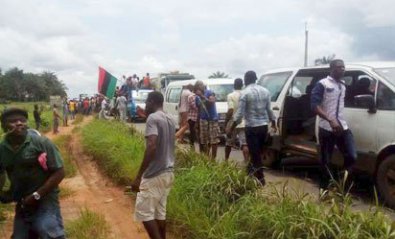 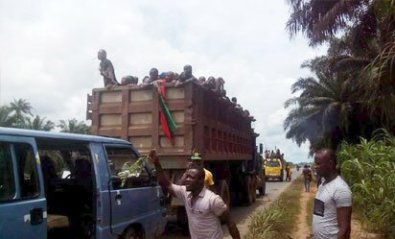 The recent development has caused panic in the state, forcing shops to close and people to stay within the confines of their houses.