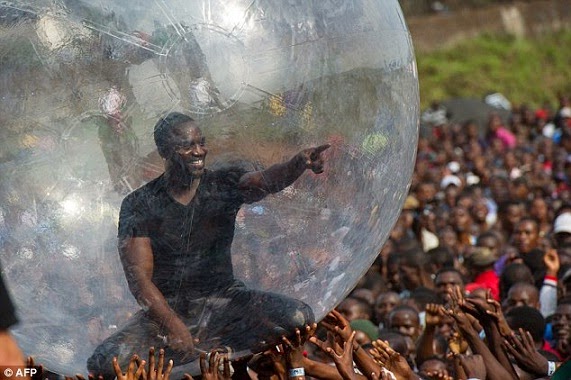 The fear of Ebola has now become the beginning of wisdom in some parts of Africa.

The popular rapper performed in a big Ebola prevention plastic bubble in order to prevent him from contracting the killer virus.

Throughout the concert, he was inside the giant bubble and was pushed along by thousands of fans without physical contact. 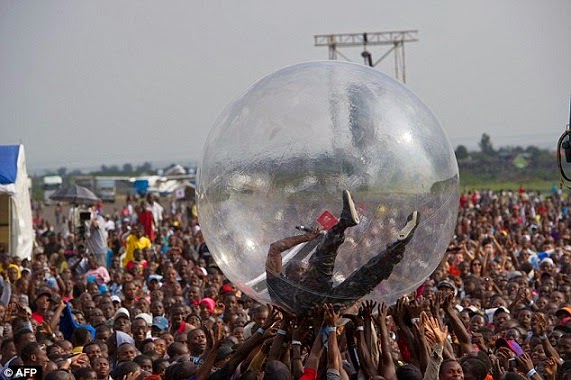 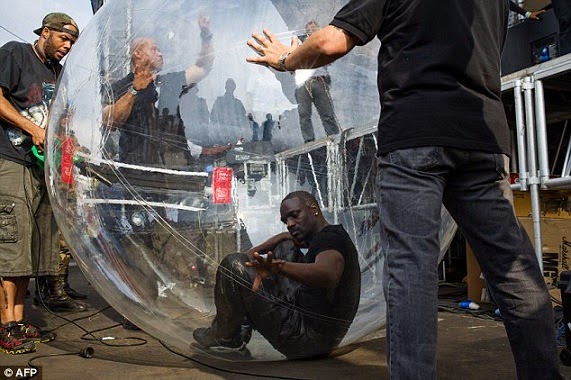 I think this is too extreme but heee there is no replacement for this thing called life.