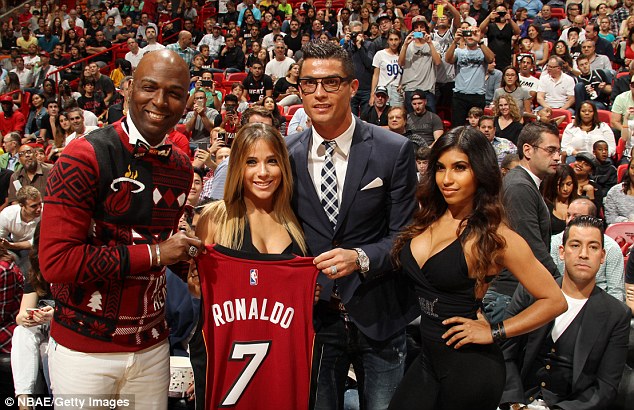 It was all smiles over the weekend when Soccer star Cristiano Ronaldo joined others to watch the basketball game between Detroit Pistons and the Miami Heats.

Miami Heats got fans screaming after announcing the presence of the Portuguese Soccer star. 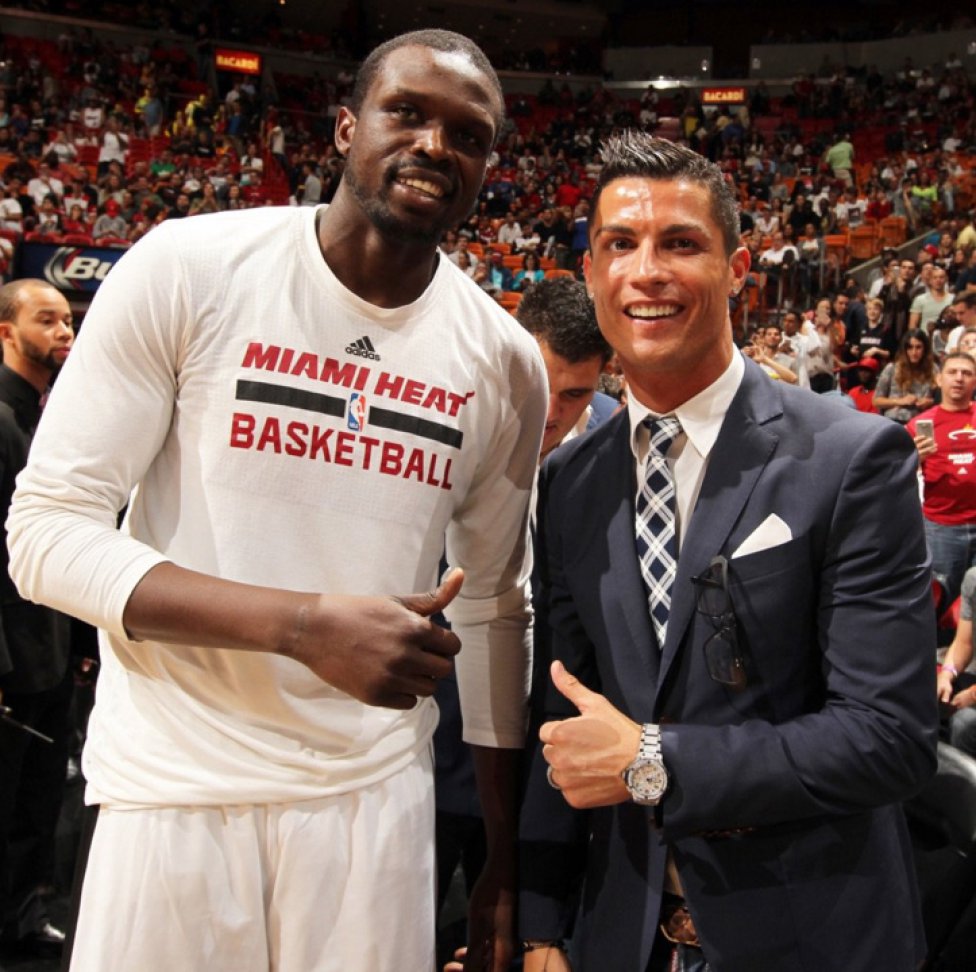 He was given a #7 Tshirt by the Miami Heats after the game. 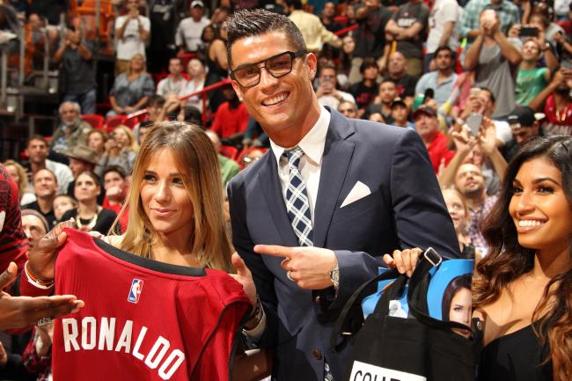 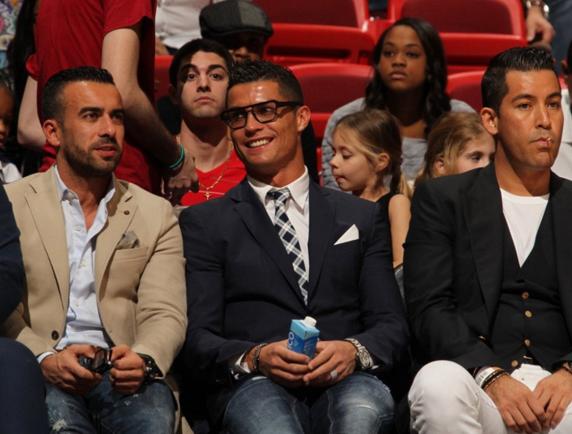