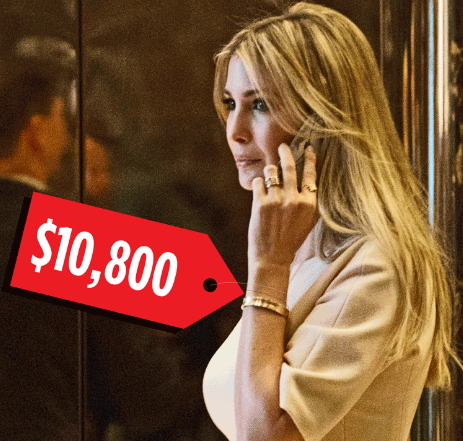 A gold bracelet worn by Donald Trump’s daughter Ivanka Trump during a television appearance in the U.S. has fuelled a debate about how the president-elect will manage his dual roles of president and businessman.

Ivanka, 35, wore a 10,800 dollar bracelet from her company Ivanka Trump Fine Jewelry during the Sunday television interview for the programme “60 Minutes’’. 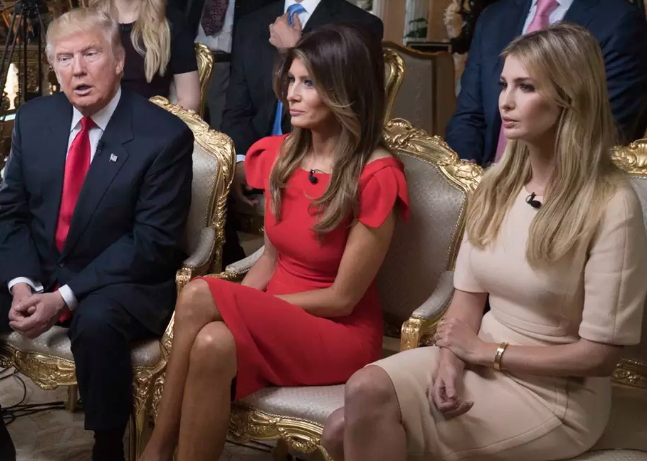 She appeared with her father and other family members on the programme.

On Monday, the company emailed a “style alert” accompanied by a photo of Ivanka wearing the bracelet on the programme which was watched by 20 million people. 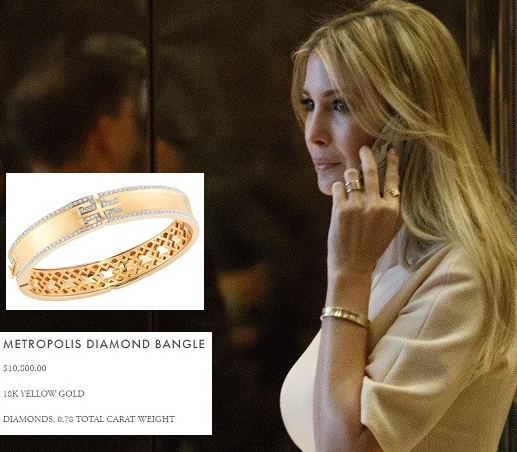 The email was also received by journalists, some of whom were unimpressed by the marketing strategy.
“It is already happening: Trump family sees President of U.S. as a marketing opportunity,” New York Times journalist Eric Lipton wrote on Twitter.

In July, Ivanka was criticised for promoting a dress from her own collection which she wore during one of her father’s campaign events.

Donald Trump’s children Ivanka, Donald Jr and Eric and his son-in-law Jared Kushner have also been selected for his presidential transition team, potentially creating conflicts-of-interest with their business ventures