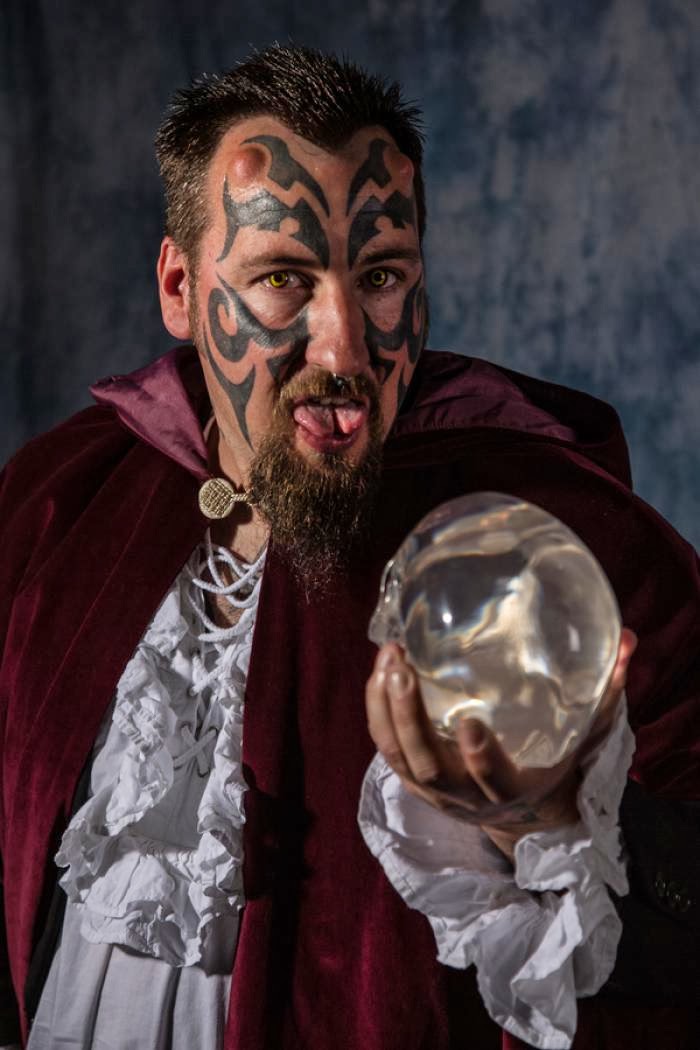 The 43-year-old divorced father of 2 has underwent different surgeries to transform himself into the devil.

Kent-based Gavin Paslowone has spent thousands of dollars, £10,000 specifically, to transform himself into a living, breathing devil from hell.

Gavin says his difficult, really expensive transformation began in 2007 and so far, he has had his tongue forked, his teeth turned into razor-sharp fangs and horns that poke from his forehead,

Now, he wants to have screws implanted into his skull in a bid to create a devilish metal Mohawk!

“I chose to become the Devil Man because everything else has been done, whether here or in America. I’m not satanic at all – it’s just a piece of fun. I’m pleased with my look so far, but what I really want is a tail. And not just a synthetic one – a proper, organic tail.”

Delenfer has since had his ears made pointy and endured a series of painful tattoos that now cover his face and arms. However, looking like Lucifer has made his quest to find a girlfriend – somewhat difficult. 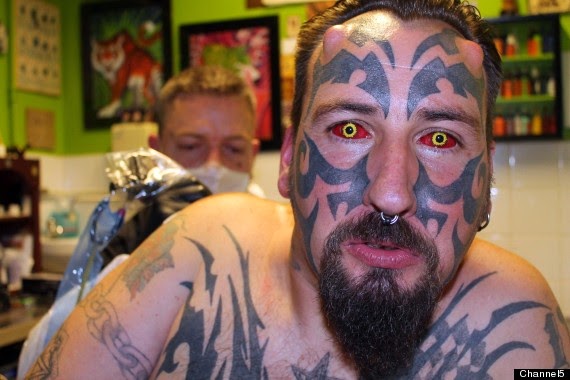 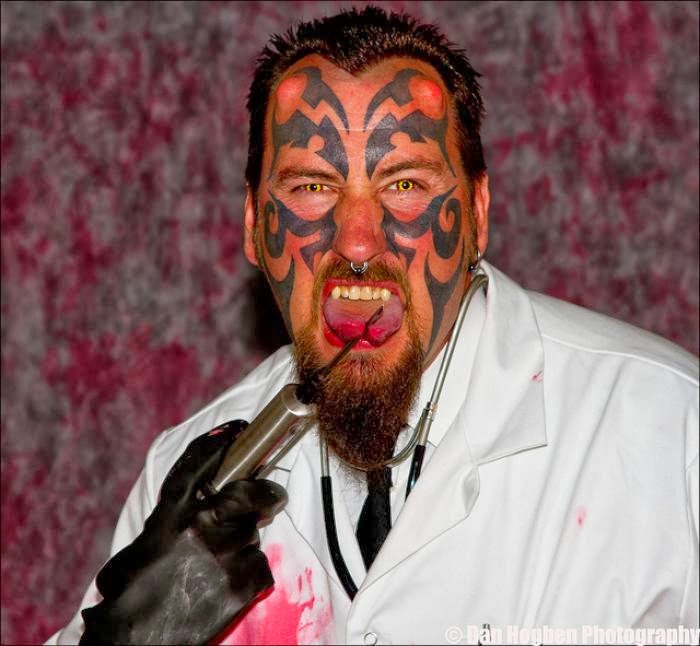 Lord have mercy ! What is this world turning into.