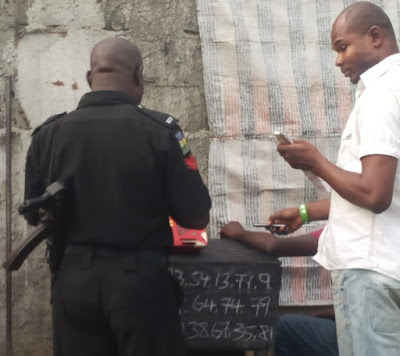 A police officer on duty in Oshodi Lagos today took some time out to try his luck at a lottery station.

According to social media sources who took his pictures, the officer was among those on duty at Kappa Junction in Oshodi area of Lagos state today before he left his duty post under the guise of urinating from where he landed at the bet station.

His photos have since gone viral. 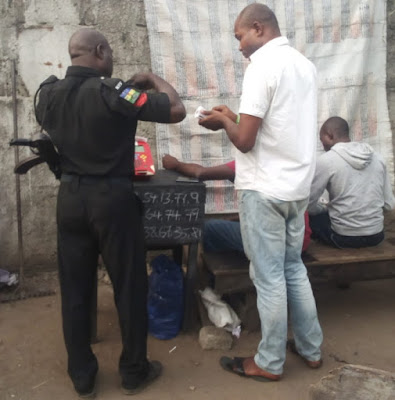 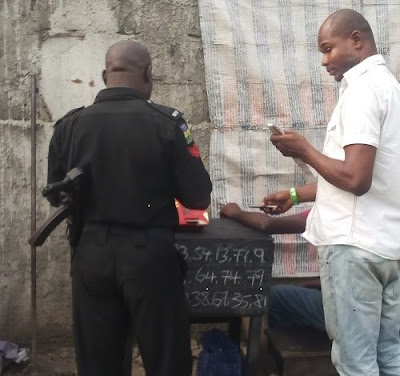