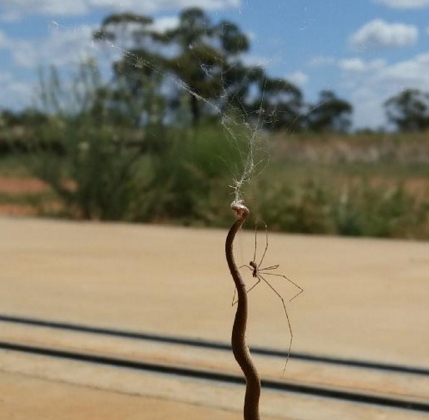 Check out this pictorial presentation of an epic battle between a spider and a venomous snake.

The story that enacted the battle between David and Goliath happened in Australia last Saturday.

According to a farmer in South Wales, the brown snake was seen dangling from a web at his outback home in Weethalle, about 400 kilometres (250 miles) west of Sydney. 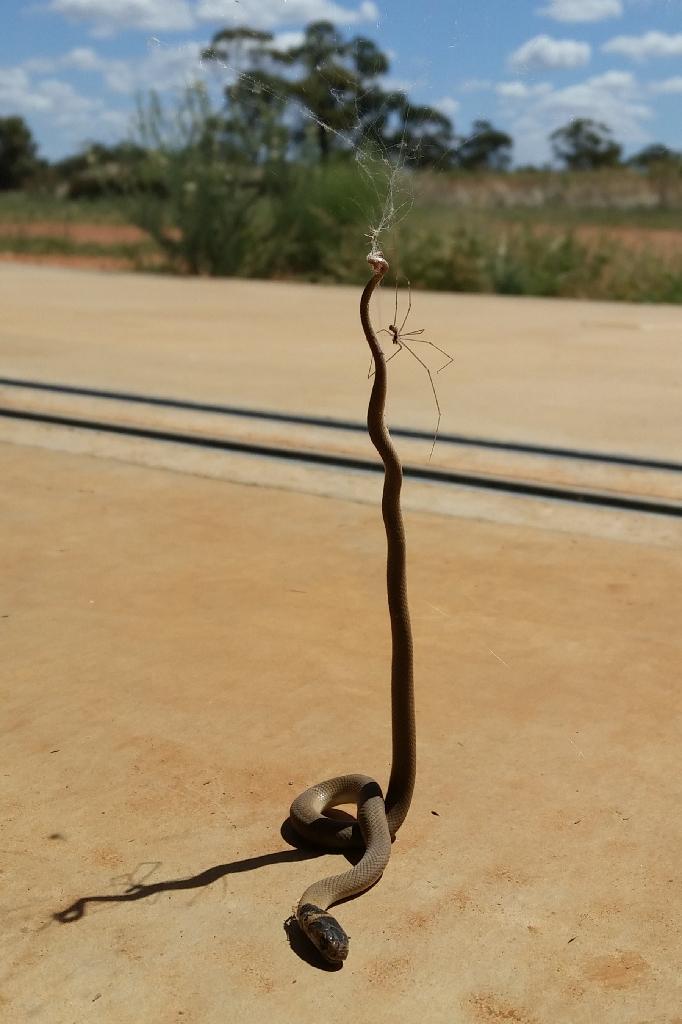 The spindly Daddy Long Legs spider appeared to have come out on top after going head-to-head with the snake .