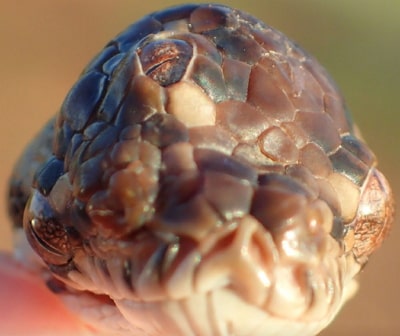 A 3-eyed snake dubbed “Monty Python’’ found in the outback town of Humpty Doo in Australia’s Northern Territory has died.

The peculiar carpet python, about 40 centimetres long, was found on the Arnhem Highway in late March, with a malformed skull and three functioning eyes, including an extra one protruding from the middle of its head.

It had struggled to feed since its discovery by rangers and died earlier, a Northern Territory Parks and Wildlife spokesman told dpa on Thursday.

The snake was a juvenile and found about 40 kilometres south of the territory capital Darwin, the department said in a statement.

“An X-Ray of the snake’s head was obtained which revealed it was not two separate heads forged together, rather it appeared to be one skull with an additional eye socket,’’ the authorities said.

It was generally agreed that the eye likely developed very early during the embryonic stage and was unlikely to have been caused by environmental factors.

The department said the third eye “is almost certainly a natural occurrence as malformed reptiles are relatively common.’’

The department first posted the photo of the python on its Facebook page on Wednesday, saying: “The three-eyed snake warns The Dry is coming!’’ in an apparent nod to television series “Game of Thrones.’’ 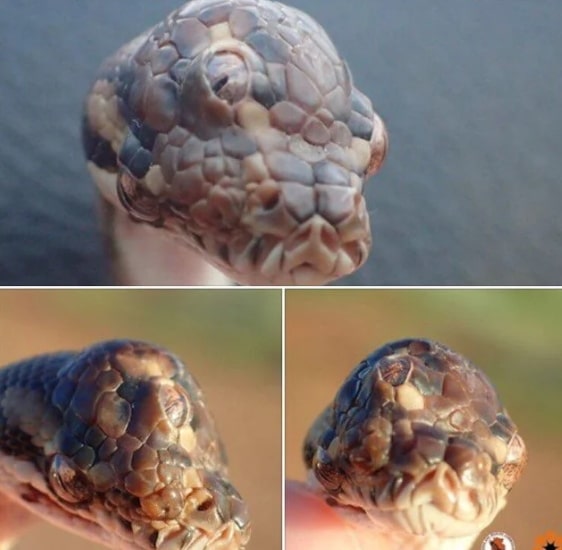 Sadly, the snake which survived the deformity in the wild died hours after discovery.