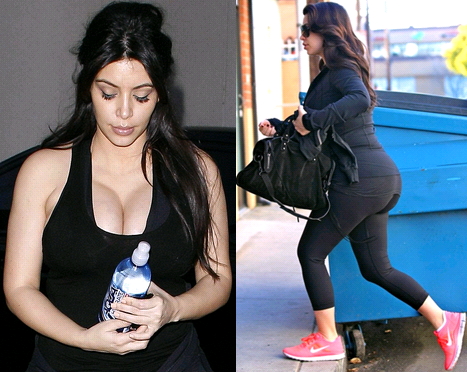 24 hours after a miscarriage scare that left tears in her eyes, Pregnant Kim Kardashian has been banned from attending the Gym throughout her pregnancy period.

Since her conception, the highly energetic reality TV star has been attending gym to control weight gain.

She even hired a private weight loss trainer to assist her but the whole story changed yesterday after she felt a sign of miscarriage that landed her in the hospital.

A source said Kim Kardashian has been placed on bed rest and banned from attending gym until her baby delivery.