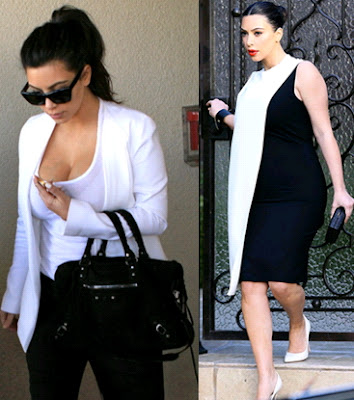 On Tuesday night after her arrival from Paris Fashion week show that took place in France, TV star Kim Kardashian was rushed to an undisclosed healthcare facility in Los Angeles after she called a close friend to relate her miscarriage scare.

According to sources, Kim Kardashian was crying non-stop after she discovered she’s bleeding, an indication she might have lost her pregnancy.

She was immediately rushed to the hospital where doctors confirm her baby is fine.

A source who confirmed the whole story with New York Post today said;

“Kim started feeling ill on the plane from Paris, and called friends as soon as she landed. She was rushed to her doctor Tuesday night in tears.”

Kim Kardashian was blamed for her condition after she worked non-stop for complete seven days without rest.

She has been advised to slow down her fast-paced schedule and take the needed rest her body needs during this pregnancy period.

Kim Kardashian has been placed on bed rest.

“A lot of you have expressed concern in the recent hours about Kim, and I just wanted to let you all know that mommy and baby are doing fine and just taking it easy right now,” Khloe wrote on her blog on March 7.

“Thank you so much to all of our wonderful fans and loved ones for your concern and support. We love you!”

Few weeks ago, pregnant Kim Kardashian came to Nigeria for a 45 minutes show where she was paid a whopping $1 million.