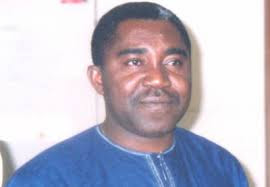 Prince Ogiri Ajene is dead…. The former deputy Governor of Benue State died last week in a London hospital after a short battle with an undisclosed illness.

According to his brother Jacob Ajene, Ogiri’s death has caused a lot of chaos in his family.

Known for his simplicity, he served under the leadership of Governor George Akume for 8 years before becoming a Minority Leader in the upper legislative chamber of the Senate.

See The Most Beautiful Snake In The World (Photo)
Boko Haram & JTF Fight In Borno State Killed 185; Over 2000 Houses Destroyed