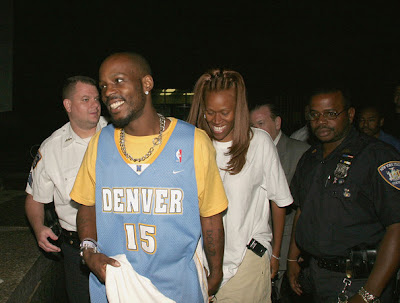 For the 3rd time this year, American rapper Earl Simons aka DMX has been arrested in South Carolina.

According to SA Police officials, they noticed an arrest warrant for DMX as a result of a previous case of driving without a license.

They stopped his car and told him he needs to go to jail.

During his arrest, they smelled a substance like weed in his car.

He appeared to be under the influence of a substance.

After a thorough search of his car, they found Marijuana weed.

The officers claim they found several bags of Marijuana in the floorboard of his car.

He was immediately arrested.

According to AP, DMX got busted after making an illegal U-turn.

According to TMZ, at the time of his arrest, DMX was very aggressive and uttered several idle threats.

The 42-year-old rapper was arrested with his assistants Shaw Rhodes and Shawn Durham.

Guess it’s time for him to start taking the public transportation or get a driver.