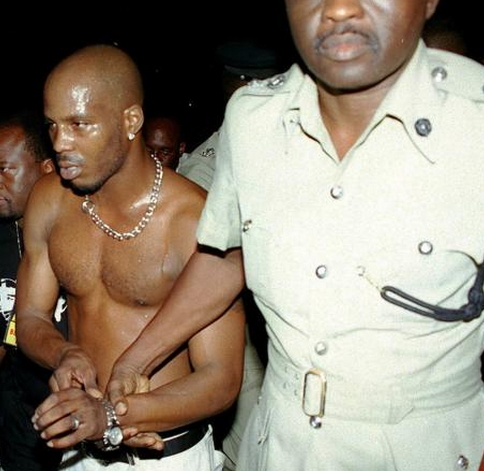 The controversial rapper was last month arrested during a concert at the New York City Radio City Music Hall for refusing to pay his baby mamas Child Support worth over $400,000 and was later granted bail.

The rapper whose real name is Earl Simmons was arrested again on Monday.

He was sentenced to 6 months in jail on Tuesday night in Buffalo New York.

Shaggy confirmed the news on Twitter last night, noting that DMX would not be able to perform at 2015 Shaggfest.