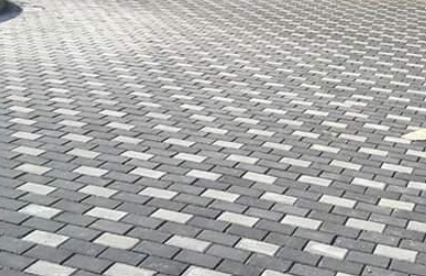 The Israel Assembly, Lagos Province 2 of The Redeemed Christian Church of God (RCCG) said it has spent over N3 million to floor the premises of Alausa Police Station in Ikeja area of Lagos State, with interlocking stones.

Speaking at the commissioning yesterday, the Pastor in Charge of the Province, Pastor Yemi Lebi, who was represented by Pastor Tope Abenu thanked the Police for giving them a chance to partner with them to make the environment more conducive for policing work.

“We do not take you for granted and we thank you for receiving us well. RCCG is a church that has a vision to give back to the society. The Church is into Christian Social Responsibility (CSR), to help the society; we go into the societies to make a difference in the lives of the people.

“We go to markets, communities, prisons, hospitals and we are in a Police station. We go with things to make life a little better for others and to give hope. We also go to schools and give scholarships to indigent students; we renovate class rooms, we buy laboratory equipment’s in schools and we pay WAEC fees for some indigent students, among other things.

He said the church is committed to making life better for others, saying they will to do more. “We also feed the hungry and we teach people how to use their hands to make a living. When people have what they do to make a living, criminality will reduce. We put drug addict’s n rehabilitation centers, we provide traffic lights, and we encourage people to vote and be law abiding; all of these reduces the job of the police,” he said.

The Acting Area Commander, Area F Ikeja, John Ajigidi thanked the church for the gesture, saying it is well appreciated.

He said it was the first time on the job of over 33 years to see a church beautify a Police Station.

“I am surprised and happy. The gesture is going to be of immense contribution, because other people, churches and nongovernmental organizations will throw see the Police as their friend.”

“We are honoured and humbled by this gesture and we assure you that we will not let you down. With this, the church has helped us to set a high standard for other police station and we have shown ourselves as being pace setters,” he said.

Continue Reading
You may also like...
Related Topics:lagos, police, rccg