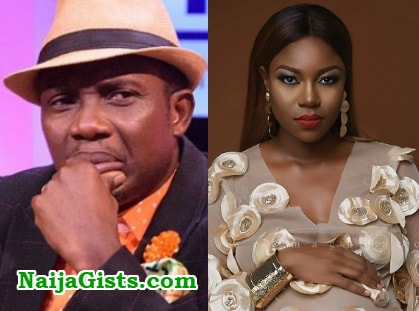 Highly controversial Ghanaian Reverend George Lutterodt has come after Yvonne Nelson again days after he apologised to her.

Rev Lutterodt said he was forced to render an unqualified apology to the actress to protect her brand.

In an interview on TV Africa’s “Breakfast Live”, he described the actress as a “disgraceful born one” but days after, he rendered an apology to the movie director/producer on the same show after receiving public backlash.

“To Yvonne Nelson, I say a very big sorry. The wording of the write-up, the conversation and video didn’t really match up, however since it has been said and has denigrated your brand, I sincerely apologize”.

But in a recent chat with Sammy Kay Media, he blamed Radio broadcaster Abeiku Santana for coercing him to apologise to Nelson.

Emeka Okoro: I Was A Womaniser Until I Gave My Life To Christ After I Got Married
Toyin Aimakhu To Liz Anjorin: I’m Not Sad Nor Lonely, I’m Happy