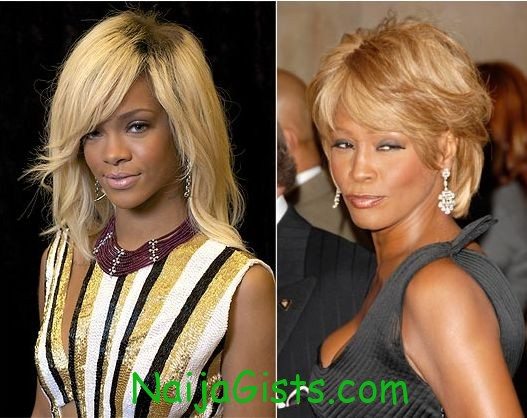 Popular music star, Robyn Fenty aka Rihanna’s increasingly wild behaviour is said to be giving her father cold sweats as he fears she could jeopardize her career the way her childhood obsession, Whitney Houston did to hers. naijagists.com

According to a recent report from Gist Express magazine, Rihanna has been a fan of Whitney since she was little. She was recently accused of promoting drug use after posting a picture on photo-sharing website Instagram showing her sitting on her bodyguard’s shoulders and “cutting up” what looks like a white powder on his head. 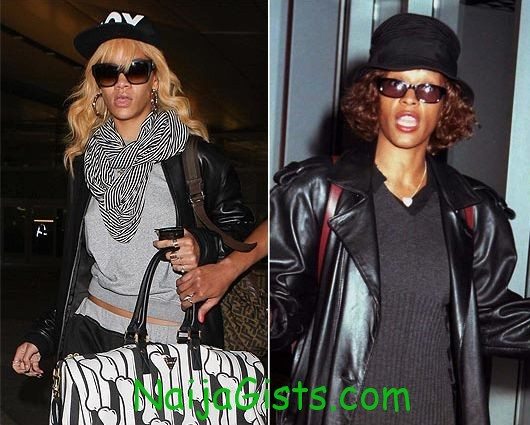 A worried fan wrote on her Twitter page: “I love her music, not her lifestyle. Hope she gets this under control before we have her funeral on TV like Whitney Houston,” to which the music star replied: “I’m crazy and I don’t pretend to be anything else.” 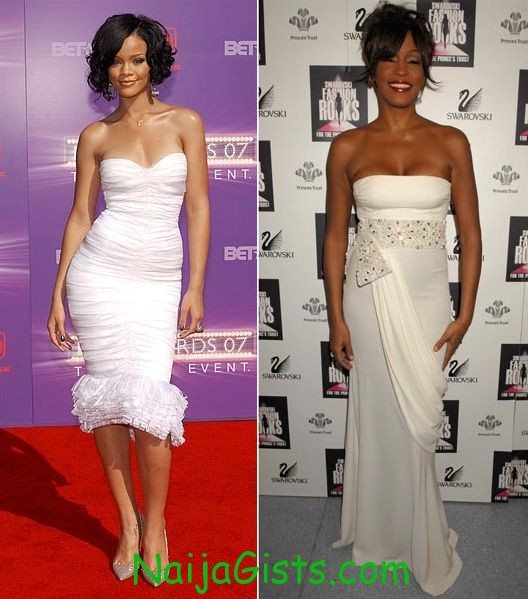 Whitney and Rihanna were said to have the following attributes in common:

Both cut their musical teeth singing in their local church.

Rihanna and Whitney grew up in devout Christian communities.

Each had endured violent relationships with bad-boy rappers.

Both singers’ sexuality has come into question with lesbian rumours.

Like Whitney, fears have grown over Rihanna’s suspected drug use.

Continue Reading
You may also like...
Related Topics:rihanna, whitney houston