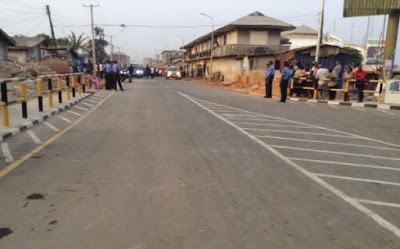 A young man suspected to be a ritualist who specialised in causing male genitals to vanish has reportedly been arrested by the Abayi Division of the Nigeria Police, World Bank, on the outskirts of Aba, Abia State.

It was gathered that the suspect, simply identified as U.D., had posed as a beggar and in the process of begging for alms touched a man, whose manhood allegedly shrank.

The man immediately raised the alarm, leading to the arrest of the suspect by some youths at MCC junction, off Umuocham Road.

The youths allegedly confirmed the veracity of the victim’s claim, after which they descended on the suspect, beating him black and blue.

It was gathered that the mob was about to set the alleged ritualist on fire when a police team from Abayi division arrived and took him to the station.

Efforts to reach the Divisional Police Officer of Abayi Police Station, where the suspect was being held, failed. However, a resident of the area, who simply gave his name as Emma, confirmed the incident and stated that efforts were being made for the restoration of the victim’s manhood.

He said: “The suspect, after admitting he was responsible for the missing manhood, said the victim’s organ won’t be restored unless he took him to a shrine.”

But after much persuasion, he allegedly told the police he had to be taken, with the man, to the exact spot he touched him earlier before the man’s manhood will be restored.”

Unconfirmed report has the victim’s manhood was later restored, but turned out not to achieve strong erection.

Ogbonna said they were yet to obtain statement from the suspect, who, until the time of the report, was admitted in an undisclosed hospital for medical attention following the mob action.

He said the mission of the police to the scene was to rescue the suspect after they got a distress call from concerned residents over attempt by the mob to lynch him.

Continue Reading
You may also like...
Related Topics:beggar, posing, ritualist

Ikeja Lagos Police Inspector Runs Mad, Shoots Self In The Leg After He Was Barred From Seeing CP
Doctors Remove Part Of Indian Man’s Stomach As Liquid Nitrogen Gets Trapped In His Belly After Drinking Cocktail