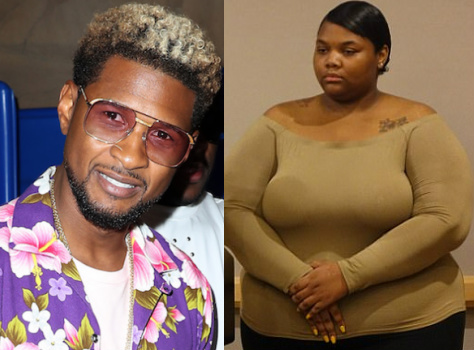 An employee of Days Inn in Atlantic City, NJ has backed up the claim that singer Usher Raymond slept with plus size lady, Quantasia Sharpton back in 2014.

According to the hotel source, Usher who held a concert at the hotel on the 15th of November 2014 discussed briefly with Sharpton at the lobby of the aforementioned hotel before heading to her room.

The female employee said she requested for a selfie with Usher as he was heading to Sharpton’s room.

She added that he promised to come back but never returned that night.

The hotel staff said she got angry when Usher said Sharpton was not his type yesterday.

The singer is still insisting that he didn’t remember sleeping with Sharpton who is now accusing him of infecting her with herpes, an incurable sexually transmitted disease.

“I Invited The Devil Into My House When I Married My 2nd Wife” – Divorce Seeking Polygamist
IPOB Leader Kanu Has Violated His Bail Conditions, No Plan To Rearrest Him – Interior Minister