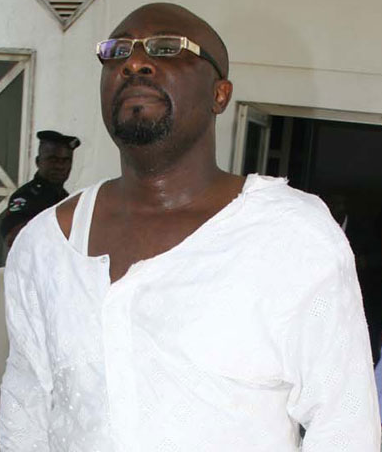 The electoral agency has also notified Senator Melaye of a petition seeking his recall.

The Commission in a statement issued in Abuja Thursday acknowledged the receipt of the petition submitted on Wednesday by the people from Mr. Melaye’s district.

The statement which was signed by Mallam Mohammed Haruna, a National Commissioner and member, Information and Voter Education Committee said INEC has set 3rd July date for the commencement of the verification exercise to ascertain the authensity of the signatories.

The date for the verification he said was arrived at during the weekly meeting Thursday where the issue was discussed.

“The next step is to verify that the petitioners are registered voters in the Kogi West Senatorial District.

“INEC will on the 3rd of July, 2017 issue a public notice stating the day (s), time, location and other details for the verification exercise.”

The people of Kogi West Senatorial District has made good their threat to recall Mr. Melaye on Wednesday when they submitted signatures of about 188,588 voters from electorates in Kogi West senatorial district demanding the recall of the senator.

The signatories are about 52.3 per cent of the registered voters in the district.

The law requires 50 per cent of voters in an area sign to recall a lawmaker.

The signed documents, it was learnt were contained in six bags alongside other documents and were submitted to INEC’s headquarters in Abuja on Wednesday.

The local governments and the percentage of voters who signed the recall petition showed that Yagba West had the highest number of voters asking Melaye to return home from the Senate.