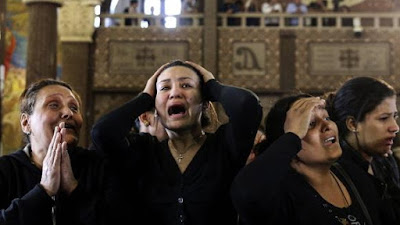 At least 235 corpses have been recovered so far from the scene of a bloody bomb blast that rocked a Sufi Mosque (al-Rawdah mosque) in Egypt today.

The attack said to be Egypt’s deadliest happened inside a crowded mosque today as worshippers gathered for Friday prayers.

Some suspected Islamic militants detonated a bomb inside the mosque located in Sinai while prayer was ongoing. 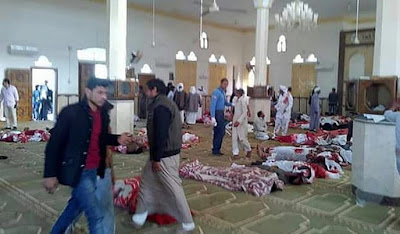 The targetted mosque is the birthplace of a popular Sufi cleric who introduced Sufism, a mystical branch of Islam many orthodox Muslims consider heretical.

109 people were injured in the attack that caused panic throughout Egypt and the entire world today.