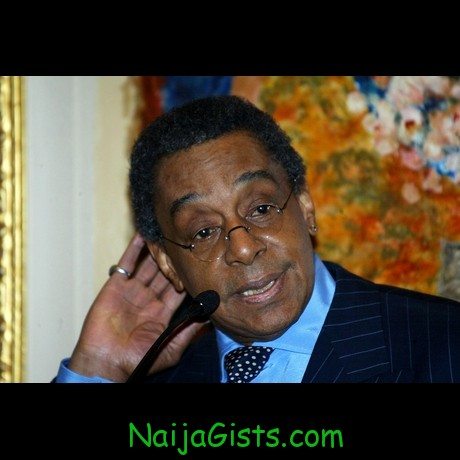 A special man who brought joy and laughter to many people and homes in the 70’s through his innovative concept, Soul Train, has been reportedly found dead in his California home with a gunshot wound to the head.

Don Cornelius, 75, was pronounced dead at a local hospital, in what looks like an apparent suicide, after the police responded to a 911 call placed by one of his sons around 4.00am.

Tributes have been pouring in since the news of his death was made public early today;

‘It’s just so sad, stunning and downright shocking… a huge and momentous loss to the African-American community and the world at large.

God bless him for the solid good and wholesome foundation he provided for young adults worldwide and the unity and brotherhood he single-handedly brought about with his most memorable creation of Soul Train.’

‘I am shocked and deeply saddened at the sudden passing of my friend, colleague and business partner Don Cornelius. His contributions to television, music and our culture as a whole will never be matched. My heart goes out to Don’s family and loved ones.’

Don was a visionary pioneer and a giant in our business. Before MTV there was Soul Train, that will be the great legacy of Don Cornelius.’

Soul Train was the first and only television show to showcase and put a spotlight on black artists at a time when there were few African-Americans on television at all, and that was the great vision of Don.’

One of the greatest music legends there was’. Don Cornelius gave artists who had been segregated from most mainstream vehicles of expression a chance to perform in front of a huge national audience.

It was a tremendous opportunity that changed their careers and the whole music industry. To win a Soul Train Music Award meant that the most sophisticated tastemakers in the world loved your work.’