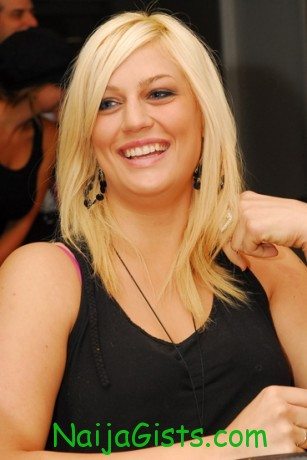 US based pop singer, Leslie Carter, who happens to be3 the sister of Aaron Carter & former Backstreet Boy, Nick Carter has died in a New York.

Leslie passed away on the 31th of January, 2012 from an unspecified illness. naijagists.com

A statement from the family says they’re grieving for Carter and requested ‘the utmost privacy’.

The singer’s ‘Like Wow’ single was on the soundtrack for ‘Shrek’ in 2001 and in 2006, she appeared in all eight episodes of the reality show ‘House of Carters.’

Carter’s death follows other celebrity deaths like singers Etta James, Camillia Williams and Soul Train host Don Cornelius who have all passed within the last month.