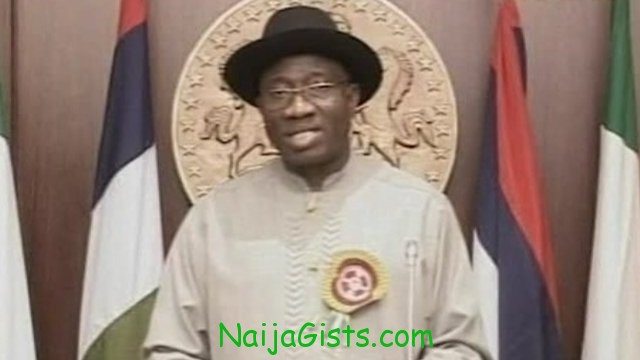 Just after what looked like complete paralysis for many months in the face of audacious terrorist strikes, President Goodluck Jonathan has finally taken some concrete steps to rein in the monster that the Islamist sect, Boko Haram, has become. He has declared a State of Emergency in 15 local governments spread over the four northern states of Niger, Borno, Yobe and Plateau. naijagists.com

The emergency declaration, the presidency has clarified, will not tamper with democratic structures or abridge the work of the state governments and their legislatures. It is expected that the National Assembly will approve the emergency declaration, with many members already indicating that the initiative even came late. Added to this sweeping plan, the first ever such initiative in a democracy to be spread over many states at once, is the announcement that the government has closed the borders with the neighbouring states of Cameroun, Chad and Niger and will also set up a counter terrorism force.

But as the Chief Olusegun Obasanjo presidency discovered when it imposed emergency rule in Plateau and Ekiti States, and the Tafawa Balewa government also found out when it took a similar step in the First Republic, it is easier to declare emergency than achieve the purpose for which it is declared. In fact it is always tempting for both the government declaring state of emergency and the security agents executing the order to exceed the letters and rules of the proclamation. The Jonathan presidency has aappeared to take steps to avoid the sort of irritating unconstitutionality that plagued the Obasanjo emergency rule, but it has also introduced testy novelties of its own that are certain to challenge the government’s good faith and ingenuity. Just as the Obasanjo emergency rule got entangled in the labyrinth where central authority clashed with state and local government powers, the Jonathan government will find itself struggling to balance a whole range constitutional, bureaucratic and security issues in an atmosphere of mistrust, despondency and alienation.

State of emergency is a step in the right direction, but there is no assurance that it will solve the problem of Boko Haram. So far, the government has done little to show it has an expansive understanding of the origins of the sect and the dynamics that propel it. The group has splintered into many factions that in turn have spawned many dangerous autonomous cells. Closing a critical stretch of our borders will rightly deter the sort of free movement that feeds the brazenness of the sect, but it will be too optimistic to think it will do more than constitute a temporary setback. If the Jonathan government has not already done a rigorous study of the sect and how it operates, it is urgent that it must commission one. Indeed, if the government had understood Boko Haram, it is unlikely the sect would have retained the capacity to wreak as much damage as it has managed in the past few years unchallenged.

Jonathan must do more than Obasanjo in ensuring that it balances the demand of the constitution with the urgent requirement of peace, safety and stability. It is a highly nuanced situation which we hope will be well managed in such a way as not to reinforce the dangerous precedence Obasanjo set in his years in power. Security is vital; but sustaining democracy is also much more vital. We must not succumb to the temptation to think that one can be traded off for the other(credit: the nation).

Continue Reading
You may also like...
Related Topics:boko haram, nigeria, state of emergency